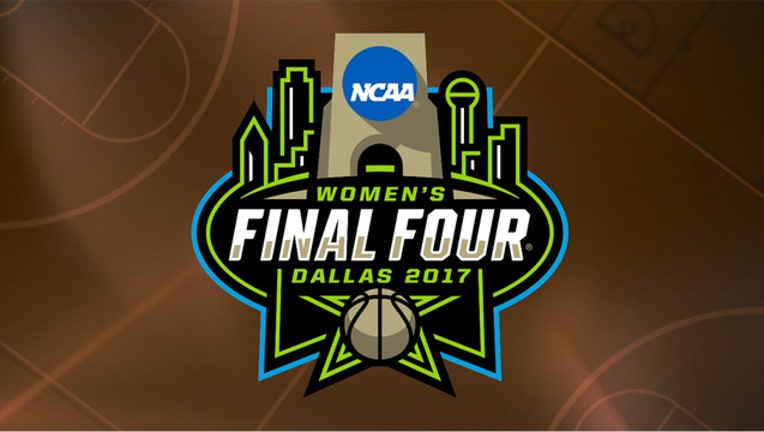 Winners of 107 straight games, coach Geno Auriemma and the Huskies won't have to leave the state of Connecticut in the NCAA Tournament until the Final Four as they try for an unprecedented fifth consecutive national championship.

The top seed will open at home on Saturday against Albany and if they advance to the Bridgeport Regional would have a short drive.

"I worry sometimes about being at home. I worry about the distractions that kids have," Auriemma said. "When you are on the road you can just huddle everybody up and you can eliminate a lot of distractions. Sometimes the officials get funny against the home team in the NCAA Tournament."

While the Huskies won't have to leave the state until potentially heading to Dallas for the national semifinals, the other No. 1 seeds aren't as lucky.

South Carolina is the top seed in Stockton, California. The Gamecocks are headed out of the Eastern time zone for the third time in four seasons. The Gamecocks' lone trip to the Final Four came when they played a regional in Greensboro in 2015.

"I don't know what more we can do," South Carolina coach Dawn Staley said. "We won our conference tournament to play closer. Two years ago, we got sent to Greensboro. Last year, we had to take the time zone flight, over two time zones. I thought it was our turn to get flipped back to the Greensboro kind of ideology. I'm not going to say it's not fair. But they got to figure out a different way."

Baylor is the No. 1 in the Oklahoma City Regional and Notre Dame is the top choice in Lexington, Kentucky.

"It made the most sense for the good of the game and the student-athlete experience to go out to Stockton and have Baylor go to Oklahoma City," she said.

All four hope to get to Dallas for the Final Four on Friday, March 31. The NCAA switched the national semifinals back to a Friday-Sunday format this season for the first time since 2002. The Huskies would matchup with Baylor while South Carolina and Notre Dame would play if all four teams advance that far. The Lady Bears are hoping to make the short drive from Waco to Dallas.

That scenario may be unlikely. Last year, the Huskies were the only top team to make the Final Four as Washington, Syracuse and Oregon State all pulled off upsets to advance.

UConn, which has won a record 11 national championships, is the prohibitive favorite to win again. Unlike the past few years where it almost seemed a foregone conclusion that UConn would win the title, the Huskies weren't the favorite coming into the season with big losses to graduation.

Geno Auriemma challenged his young team with a difficult schedule that saw the Huskies play most of the other top teams in the country, including Notre Dame, South Carolina and Baylor. Still, they did show some vulnerability with a single digit win over Maryland - the No. 3 seed in their region. UConn also only beat Tulane by three points in February, giving other teams hope that the Huskies are beatable.

"We might be the No. 1 seed but I don't know that we are the clear-cut favorite," Auriemma said.

Maryland coach Brenda Frese wasn't thrilled at the low seed. The Terrapins were fourth in the final AP poll on Monday.

"We understand it's tournament time. I'm most surprised that being a team ranked top four in the country, (we) earn a three seed," Frese said. "Thirty wins, win your conference regular season and conference tournament at this point it doesn't matter. Put your head down and given the bracket you have, it's the next opportunity."

Duke is the No. 2 seed in the region after missing the NCAAs last year for the first time since 1994.

For the second consecutive season the NCAA is having the top four teams in each region host the opening two rounds. No. 2 Stanford couldn't host because of a conflict in its facility so the Cardinal will head to seventh-seeded Kansas State.

Tennessee isn't one of those 16 teams, but the Lady Vols will be making their 36th consecutive appearance in the NCAA Tournament. They've been in the field ever year.

The Lady Vols who have shown they can beat nearly anyone in the field but also can lose to many teams too. They open up against Dayton in Louisville. The Cardinals are the four seed in the Oklahoma City Regional.

Elon and Texas Southern are the lone teams playing in their first NCAAs.

The SEC has eight teams in the field while the ACC and Pac-12 each have seven.

The Missouri Valley Conference got a second team in with Northern Iowa making the field as a 10-seed. Drake won the conference's automatic bid, going unbeaten in conference play.

Gawlik said the last four teams in the field were Northern Iowa, Auburn, California and Purdue. The first four out were Michigan, Virginia, George Washington and South Dakota State.