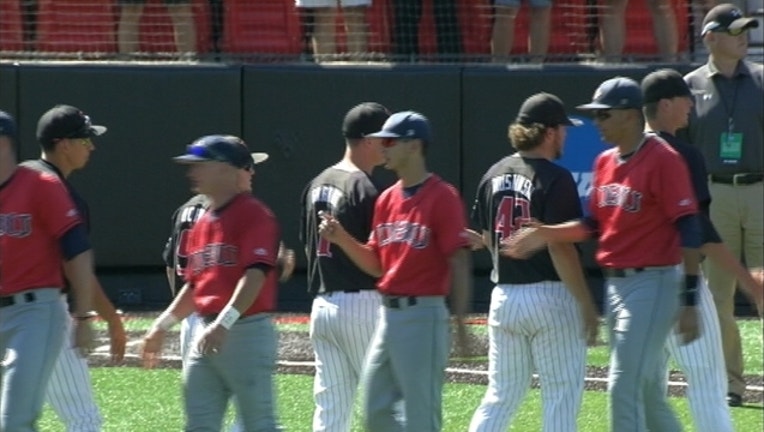 After Dallas Baptist tied it at 3-all in the sixth on Austin Listi's two-run homer, Garcia answered with a two-run double to the gap in left center.

Dallas Baptist had two on with two outs in the seventh, but Texas Tech (44-18) pitcher Hayden Howard picked off a runner at first.

Howard (9-3) struck out five batters in 4 2/3 innings to get the win. Landon Wilson took the loss for Dallas Baptist (44-19) after giving up three runs in three innings.

Stephen Smith led off the first with a double deep to center field and later scored on a RBI groundout by Tanner Gardner to give Texas Tech a 1-0 lead. Smith scored again in the third on a balk for a 2-1 lead.

Garcia sent a double to the gap in right center to score Michael Davis for a 3-1 lead in the fourth.