The Cy Fair Elite girl's basketball team, from Texas, was invited to play in the youth basketball tournament held at Bryant's academy, located in southern California. Before the match-up Saturday, they got to meet Bryant and take a picture with him.

A group of North Texas girls played in the weekend basketball tournament Kobe Bryant and his daughter were flying to when they crashed on Sunday.

The team made up from girls from across Texas had just shared some good times with the two the day before the deadly crash.

“That was surreal. It was crazy. It was like a good game too,” said Micah Cooper, who was still wearing the sweatshirt she got from Kobe Bryant's Mamba Sports Academy.

“We shook hands with all of the players after the game,” Micah said.

The Cy Fair Elite girl's basketball team, from Texas, was invited to play in the youth basketball tournament held at Bryant's academy, located in southern California.

Before the match-up Saturday, they got to meet Bryant and take a picture with him.

“You could tell he was a really nice guy because even when he went to the bathroom he had kids follow him into the bathroom and he still gave them autographs,” Micah said. 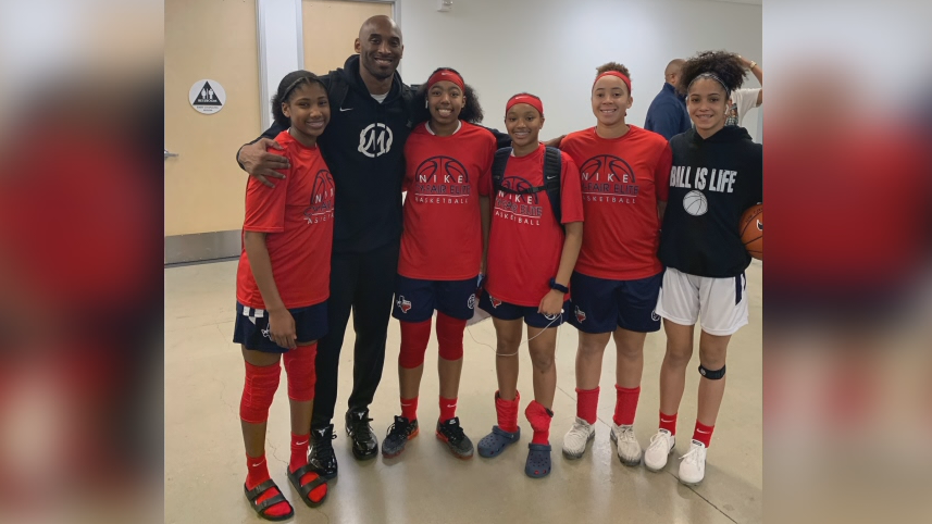 On Sunday, Bryant and Gigi were supposed to return for another game, but never made it.

“It started coming across TMZ that's Kobe's helicopter had come down. It took time for folks to grasp it because no other outlets were reporting it,” said dad and coach Todd Cooper.

When the news was confirmed by the L.A. County Sheriff's Office and some of Bryant's staff, the teams felt compelled to pray.

“The gym just got sad. We started stopping games. No one wanted to play at that point anyways,” Todd said. “We had all the players go to one court and it just became a big prayer vigil for everyone.”

A chance encounter with a basketball legend would end up becoming a notable moment for so many reasons.

“What I will say about Kobe was he was very genuine. Before the game he came up and talked to all the girls, he talked to us,” Todd said.

Todd added that Bryant was excited about expanding girl's basketball and the weekend tournament was supposed to be the start of something bigger.