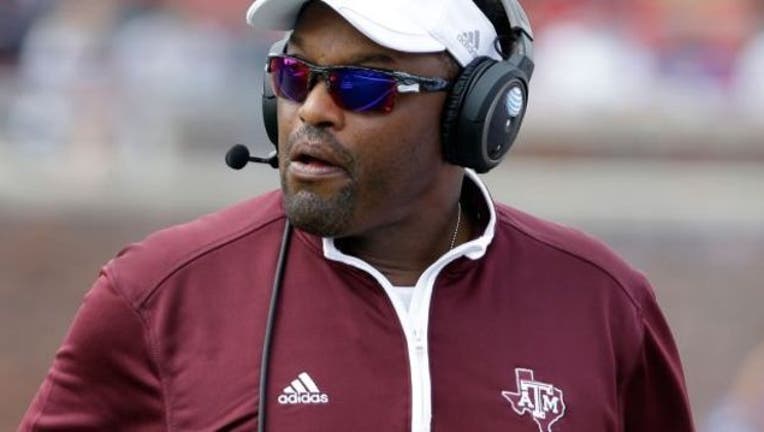 HOOVER, Ala. (AP) — The trajectory of Kevin Sumlin's tenure at Texas A&M has not been going in the right direction.

The fifth-year coach hopes a transfer quarterback and some talented defensive linemen can get the Aggies back into the conversation as a serious threat in the Southeastern Conference.

Senior Trevor Knight was named the team's starting quarterback in the spring after coming to Texas A&M as a graduate transfer just a few months before. Knight previously played at Oklahoma, where he started 15 games over three seasons and threw for more than 3,000 career yards.

The 6-foot-1 Knight was needed after Kyle Allen and Kyler Murray both transferred during a tumultuous stretch in December. He's thrilled to have another chance at leading a team after an up-and-down career with the Sooners.

"It's been a leap of faith in a lot of ways, but looking back on it, it has been perfect," Knight said. "I did get to step in and the culture at A&M, specifically the team, wrapped their arms around me and let me know that I was a part of the family."

Knight should have plenty of playmakers around him: Sophomore receiver Christian Kirk was the 2015 SEC Freshman of the Year after catching 80 passes for 1,009 yards and seven touchdowns, and Josh Reynolds (51 catches, 907 yards, five TDs) and Ricky Seals-Jones (45 catches, 560 yards, four TDs) also return.

Offense hasn't usually been a problem during Sumlin's time in College Station, and the Aggies put up enough points last year to go 8-5 overall. Instead, it's the defense that is a big reason they have an 11-13 SEC record over the past three seasons.

Sumlin hopes that will change this year because Texas A&M has two of the league's best pass rushers in junior Myles Garrett and senior Daeshon Hall.

The 6-foot-5, 262-pound Garrett led the SEC with 12½ sacks, 19½ tackles for a loss and five forced fumbles. Sumlin said one of the best things about Garrett is he's a rarity in college football: a low-maintenance star.

"All he wants is maybe his headphones and to know what time practice is, when to go to class, when meetings are and when game time is and where's the food," Sumlin said.