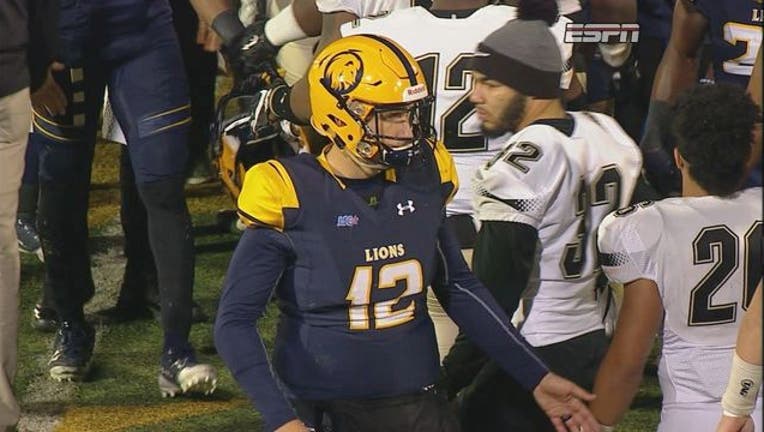 Gannon running back Marc Jones was second with 135 points while Slippery Rock defensive lineman Marcus Martin received 96 points for third place. It's the highest finish by a defensive lineman in the award's 32-year history.

Perez is trying to become the sixth Harlon Hill winner to follow up the award with a national title in the same season. He leads the nation with 4,678 passing yards and 44 touchdowns while completing more than 70 percent of his attempts.