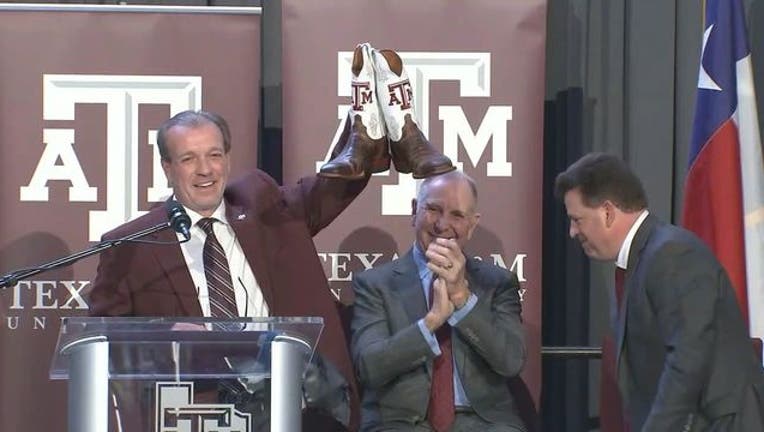 Texas A&M announced the hiring on Thursday, a few hours after Fighting Irish coach Brian Kelly posted on Twitter that Elko had accepted an offer to be the Aggies' defensive coordinator. Elko was at Notre Dame for one season and the Fighting Irish defense took a big step forward, from 5.40 yards per play allowed (45th in the nation) to 5.05 (25th). He spent the previous three seasons at Wake Forest.

"I'm excited to bring one of the top defensive minds in the nation onto our staff here at Texas A&M," Fisher said in a statement "No matter where Mike has worked, he has consistently produced defenses that have been among the nation's best."

Texas A&M tried to hire Dave Aranda away from LSU, but he chose to stay with the Tigers and signed a four-year deal worth $10 million on Wednesday night. Aranda is the first FBS assistant to make more than $2 million per year.

Elko, 40, spent three seasons at Wake Forest before being hired by Kelly as part of a major overhaul to Notre Dame's staff. The Irish went 4-8 last season, but rebounded to 10-3 this year, including a 21-17 victory against LSU in the Citrus Bowl.

At Wake Forest, Elko's defenses ranked in the top 40 nationally in yards per play twice, even while playing with offenses that provided little support.

The New Jersey native played at Penn and won an Ivy League championship in 1998. He started his coaching at his alma mater and did stints at FCS schools Fordham, Richmond and Hofstra before becoming defensive coordinator at Bowling Green for Dave Clawson in 2009. The Falcons led the Mid-American Conference in total defense and scoring defense in each of his Elko's last two seasons.

He had previously worked for Clawson at Fordham and then followed the head coach to Wake Forest in 2014. With the Demon Deacons, Elko developed attacking defenses that created negative plays without a lot of highly recruited players.