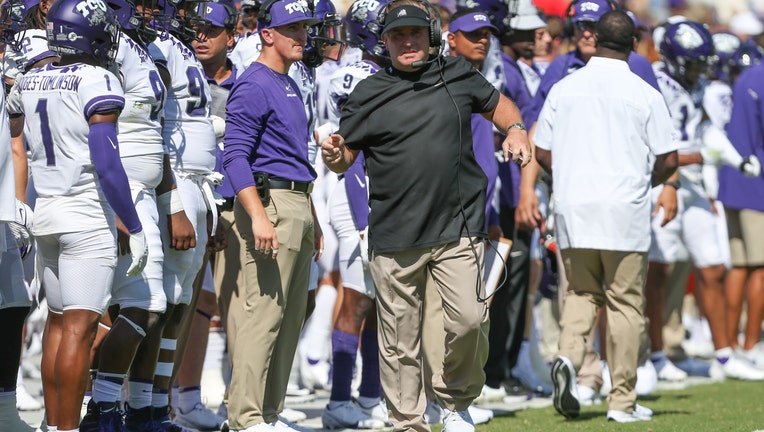 TCU Horned Frogs head coach Gary Patterson looks on from the sideline during the game between SMU and TCU on September 25, 2021 at Amon G. Carter Stadium in Fort Worth, TX. (Photo by George Walker/Icon Sportswire via Getty Images)

DALLAS - Two things were clear from Tuesday’s weekly press conference with TCU head coach Gary Patterson – he’s still disappointed about losing to SMU and he didn’t back down on claims an SMU player could have been involved in attacking a TCU assistant despite no video showing that occurred.

Patterson’s remarks come days after a 42-34 loss to SMU in Fort Worth that ended with the Mustangs celebrating on TCU’s home field.

"I do need to find out who the player is that hit Coach Kill with a helmet is," Patterson said Saturday. "I will find that out."

The allegations resulted in reporters and media members checking footage after the game. But they found that no SMU players were near Kill when he fell over. Instead, Kill appeared to be unintentionally knocked down by a TCU player.

Patterson on Tuesday didn’t retract his statement, instead doubling down that something had happened -- but neither confirming or denying an SMU player was involved. He also modified his claims, alleging for the first time a potential second attack on Kill happened. No such incident had been seen in video reviewed postgame by media.

"He got pushed down by our kids once on film in the middle of it and he got hit because I’ve got the proof to show it," Patterson said, without showing any proof at the press availability. "I cannot substantiate that it was a SMU or TCU person, but it did happen."

Patterson said Kill had suffered a concussion from his fall on Saturday, but was back at work this week.

SMU officials said in a statement Tuesday, first released to the Dallas Morning News, they had been expecting Patterson to retract his allegations after they had reviewed footage and found nothing to match the claim.

"I have spoken with TCU Athletics Director Jeremiah Donati and we agree that there is no evidence to support Coach Patterson’s initial claims. To that end, I was assured any insinuation that this occurred would be ‘walked back’ by Coach Patterson during today’s press conference," SMU athletic director Rick Hart said.

Patterson also alleged Tuesday that the SMU football program had planned to plant a school flag at midfield and ensure it was captured by university-affiliated photographers and videographers. Hart refuted that claim as well. 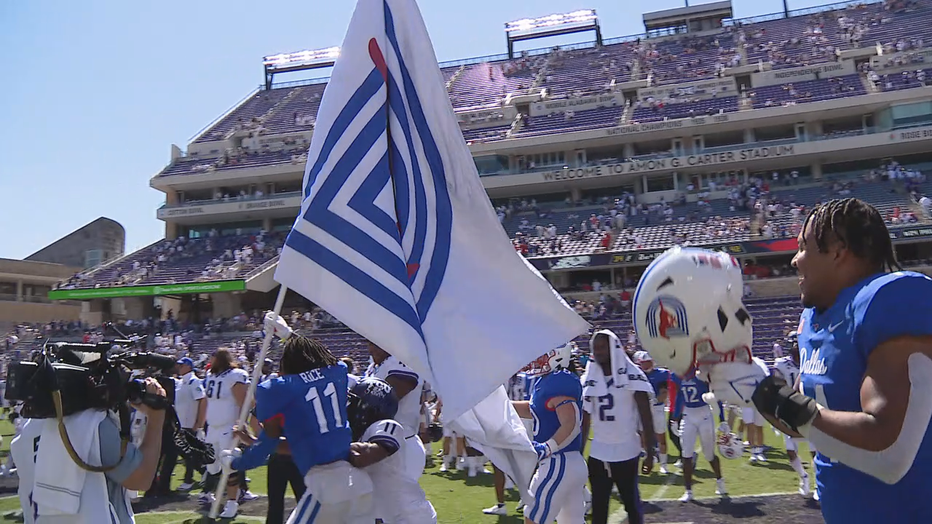 "This is a complete fabrication. I can state unequivocally that there was no such plan," Hart said, adding that the team and coaches had his full support.

SMU head coach Sonny Dykes did apologize during the postgame press conference that players attempted to plant the flag at midfield.

Patterson said Tuesday he was miffed Dykes hadn’t called him directly to apologize about the flag. He revealed Dykes had called TCU’s athletic director to discuss the flag incident on Sunday.

"Sonny has been a good friend of mine. I was disappointed that the AD got a call," Patterson said.

SMU’s victory on Saturday, the 100th Battle for the Iron Skillet, was its first back-to-back wins in the long-running series since 1992 and 1993.