After a thrilling, nail-biting win over the Michigan Wolverines in the College Football Playoff the TCU Horned Frogs received the heroes' welcome they deserved as they returned to Fort Worth.

HOUSTON, Texas - Houston mattress salesman Jim McIngvale, better known as Mattress Mack, is throwing down some big money in support of the TCU Horned Frogs, according to a new report.

The Action Network's Darren Rovell says Mack has placed over $3 million in bets across different sportsbooks on the TCU moneyline.

If TCU takes home its first national title since 1938, his would rake in about $8 million.

It wouldn't be the first time Mattress Mack bet big and won. 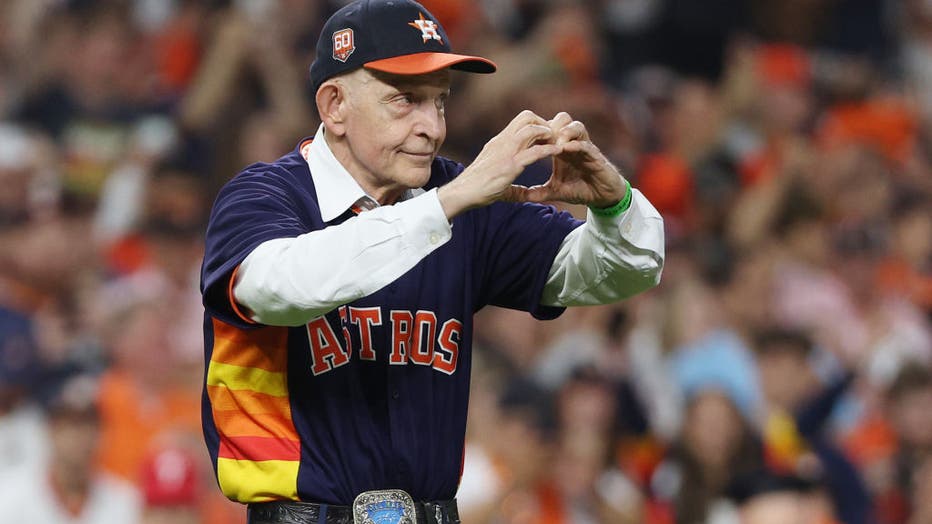 HOUSTON, TEXAS - NOVEMBER 05: Jim McIngvale reacts after throwing out the first pitch prior to Game Six of the 2022 World Series at Minute Maid Park on November 05, 2022 in Houston, Texas. (Photo by Harry How/Getty Images)

He made more than $75 million betting on the Houston Astros to win the 2022 World Series.

Mack usually uses his winnings to help pay for promotions from his furniture stores.

For the national championship game he is offering to give customers double their money back if they spend more than $3,000 on a mattress if the Frogs win.