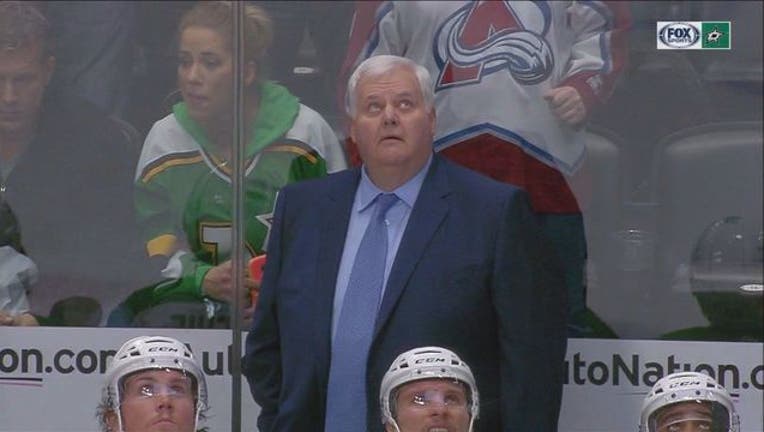 The Dallas Stars brought back their Stanley Cup-winning coach and made a few somewhat pricey acquisitions last offseason.

With those significant changes, it looked like that fall from top seed in the Western Conference one season to missing the playoffs the next might just be a blip on the way to bigger things.

Instead, they fell agonizingly short of the postseason because of a late-season slump.

"There's lots of decisions to be made," said Hitchcock, who coached three other teams in his 15 years away from the Stars. "But I'm hopeful that the feeling is that we're a lot closer than further away."

Dallas was 42-32-8 for 92 points, a 13-point increase from 2016-17 and only three points out of the Western Conference's eighth playoff spot. They missed the postseason for the eighth time in 10 years.

"It hurts a little bit more than last year," Seguin said. "This year, there was a lot of hope and it's a bit of a shocker. That road trip and that stretch, it's going to take some time to process it."

That brutal 1-10 stretch in March included the Stars losing every game in a six-game, 10-day road trip. The first loss in that overall slide was at home to Ottawa in which Ben Bishop, the goalie added on a $29.5 million, six-year contract last summer, left with a knee injury. Bishop started only one game after that.

"You hate to look back and wonder what you could've done different," said Jamie Benn, their other still 20-something top scorer along with Seguin. "But we played some pretty good hockey most of the year and then we didn't raise our level when it needed to be raised."

Alexander Radulov played every game in the first season of his $30 million, five-year contract and was the third-leading scorer with 72 points (27 goals, 45 assists). But other big-name additions were limited by injuries in their Dallas debuts, like Bishop. The new starting goalie played only 53 games, while center Martin Hanzal (back) played only 38 games and defenseman Marc Methot (knee) 36 games. Hanzal is signed for two more years and Methot for 2018-19.

Benn, the captain, had hat tricks in two of the last three games - all on the road - and had 10 points (eight goals, two assists) in his last five games. He finished with 79 points (36 goals, 43 assists), one more than Seguin (40 goals, 38 assists). John Klingberg led NHL defensemen with 59 assists.

Right wing Valeri Nichushkin could be back with the Stars next season after two years in the Kontinental Hockey League. Nichushkin was the 10th overall pick by the Stars in 2013, and had 64 points (23 goals, 41 assists) in 166 games over three seasons by time he was 21 before going home to Russia. That could be the biggest addition this offseason.

Lehtonen is second in franchise history with 215 wins, but is now a backup to Bishop. The other unrestricted free agents are left wing Antoine Roussel and defensemen Greg Pateryn and Dan Hamhuis. Jason Spezza is set to make $7.5 million next season in the final year of his deal, but the 35-year-old center doesn't seem to be a fit in Hitchcock's system. Spezza played 78 games and his 26 points (eight goals, 18 assists) were his fewest in a full season since 21 points in 33 games as a rookie 15 years ago.

STRUGGLES VS THE TOP