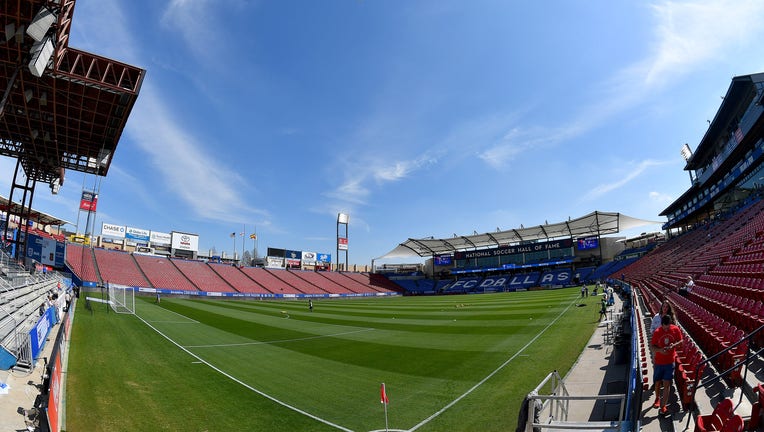 FRISCO, Texas - FC Dallas will resume play next week for the first time since MLS shutdown due to the COVID-19 pandemic, FOX4 has confirmed.

FC Dallas will host Nashville FC in Frisco at Toyota Stadium on Wednesday, August 12 and Sunday, August 16, sources say. Both teams had to pull out of the MLS is Back tournament in Orlando last month due to coronavirus outbreaks within the clubs.

Notably, FC Dallas is planning to allow fans to attend the games. The stadium would be at reduced capacity and likely only season ticket holders would be allowed in. The source said the plan is still tenuous and could change.

Current guidelines from the state of Texas allow up to 50 percent stadium capacity, with Toyota Stadium’s total capacity being 20,500.

Since the pandemic began, fans in North Texas have been allowed to attend just one professional sporting event – a NASCAR race at Texas Motor Speedway last month.