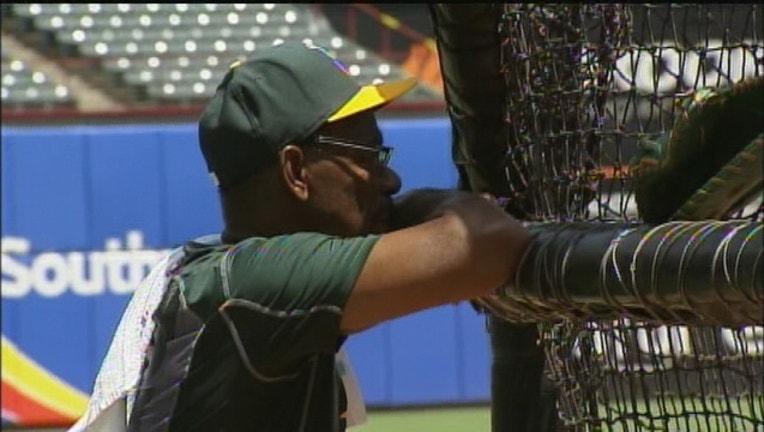 OAKLAND, Calif. (AP) — Ron Washington is back in the dugout where he got his big league start as a coach, promoted to third base coach for the Oakland Athletics on Monday after the club dismissed Mike Gallego.

Oakland headed into the opener of a series at Seattle on Monday night with the worst record in the American League at 54-71 following three straight years in the playoffs.

The 63-year-old Washington spent 11 seasons as an A's coach before becoming manager of the Rangers in 2007 and leading Texas to a pair of AL pennants in 2010-11. Washington re-joined Oakland as a coach in May to work with infielders, but couldn't be in the dugout or on the bench for games.