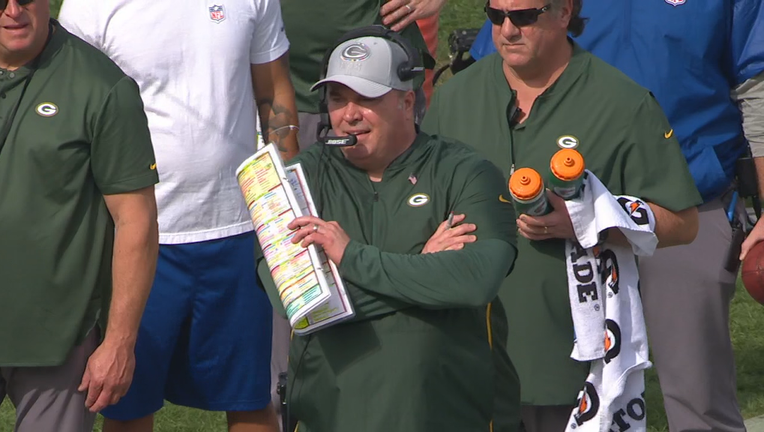 With McCarthy, the Cowboys gain a veteran NFL head coach with a history of winning, including one Super Bowl victory that happened at AT&T Stadium in Arlington in 2011.

He was born and raised in Pittsburgh, played small college football in Kansas and eventually worked his way onto NFL coaching staffs. Over the years, he earned a reputation as a quarterback guru in San Francisco, Kansas City, New Orleans and Green Bay.

FOX Sports is reporting the team will formally announce the 56-year-old’s hiring later this week. Sources said he agreed to a five-year, $30 million deal.

At Green Bay, he won 62% of his games and went to the playoffs nine out of his 13 seasons there.

On FOX 4’s Free 4 All Monday night, Cowboys radio analyst and former player Babe Laughenberg talked about criticism that McCarthy is stubborn. Laughenberg believes that may well be a virtue.

“You better be firm in your convictions, right? I don't have an issue with that when you say, ‘Hey this is the way I want my team to look and by God we're going to do this.’ And I think if you're wishy-washy this way one day and this way the next and your offense looks like this and we're going to throw it and the next time you say no let's run it, you blow with the wind. I don't think it's a good thing, especially for a head coach,” he said.

McCarthy did not coach last year after being fired by the Packers in 2018. He reportedly had a falling out with star quarterback Aaron Rodgers there.

The Cowboys are also reportedly closing in on a deal with veteran NFL coach Mike Nolan to become the defensive coordinator. His father Dick Nolan was a Cowboys assistant for many years in the 60s and then again in the 80s.

It’s not clear whether the Cowboy will keep offensive coordinator Kellen Moore and others from Jason Garrett’s staff.