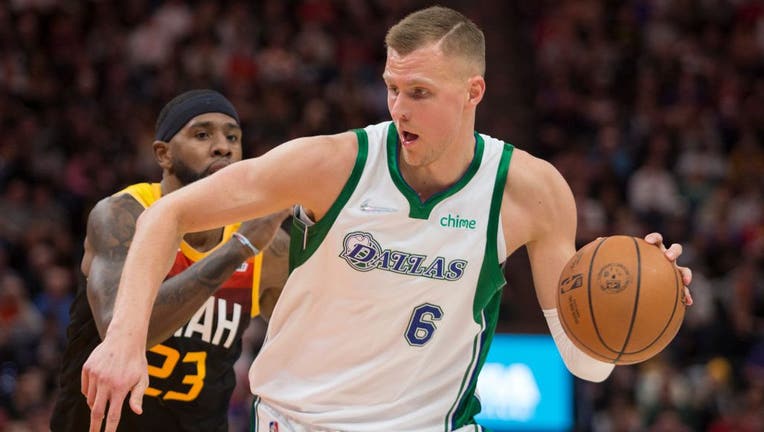 Kristaps Porzingis #6 of the Dallas Mavericks drives against Royce O'Neale #23 of the Utah Jazz during the second half of their game at the Vivint Smart Home Arena on December 25, 2021 in Salt Lake City, Utah. (Photo by Chris Gardner/Getty Images)

Porzingis has not been healthy this season, missing 21 of 55 games with either injuries or COVID-19.

But when he is healthy, he can be a key to victory. He averaged 19.2 points and 7.7 rebounds this year.

RELATED: Kristaps Porzingis sits down with Jeff Kolb ahead of third season with Mavs

He will go to the Washington Wizards, who also get a second-round draft pick.

In exchange, the Mavs get guard Spencer Dinwiddie, who is averaging 12 points a game, and forward Davis Bertains, who has had a less than impressive 6 points a game average this season.

Porzingis had two years left on his 5-year contract with the Mavs.

He thanked the team on social media Thursday night.

"Since day one, the fans and the city of Dallas welcomed me with open arms and I will always be grateful for that," he said.

He wished his former teammates, coaches and the organization continued success.