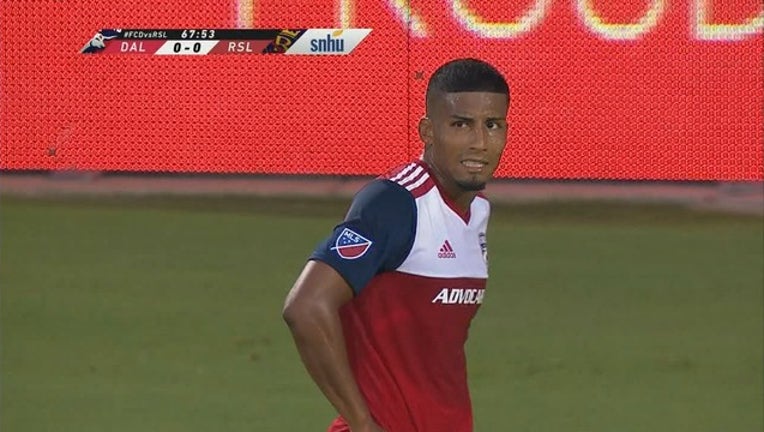 FRISCO, Texas (AP) - Jesse González had five saves for his sixth shutout of the season and FC Dallas played to a scoreless draw with Real Salt Lake on Saturday night.

Real Salt Lake coach Mike Petke was not on the bench after being suspended because of his conduct following Wednesday night's Leagues Cup match against Tigres UANL. Petke was shown a red card after having heated words with referee John Pitti. The matter is pending investigation and MLS is withholding comment until a review of the incident is complete.

Nick Rimando had two saves for Real Salt Lake (9-9-4) for his sixth shutout of the year and 150th of his MLS career.

Santiago Mosquera had one of the best chances of the night for FC Dallas (9-8-6) on a breakaway in the 68th minute but his shot missed just right of the post.