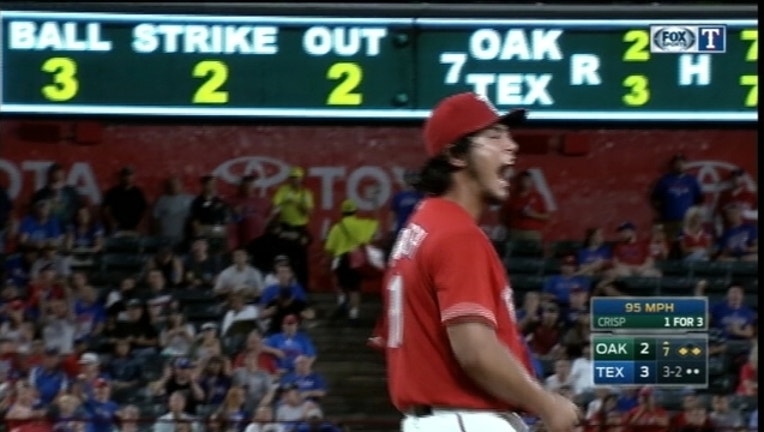 ARLINGTON, Texas (AP) — Yu Darvish struck out nine and the Texas Rangers beat Oakland 6-2 on Wednesday night, giving the right-hander his first victory in his last 11 starts against the AL West-rival Athletics.

Darvish (4-3) had a demonstrative show of emotion, pumping his fist and letting out a shout, after striking out Coco Crisp to end the seventh inning. Darvish came back for the eighth, but was pulled after Danny Valencia's leadoff double.

Crisp struck out three times after homering on the second pitch of the game. Jake Smolinski went deep leading off the fifth for the only other run off Darvish.