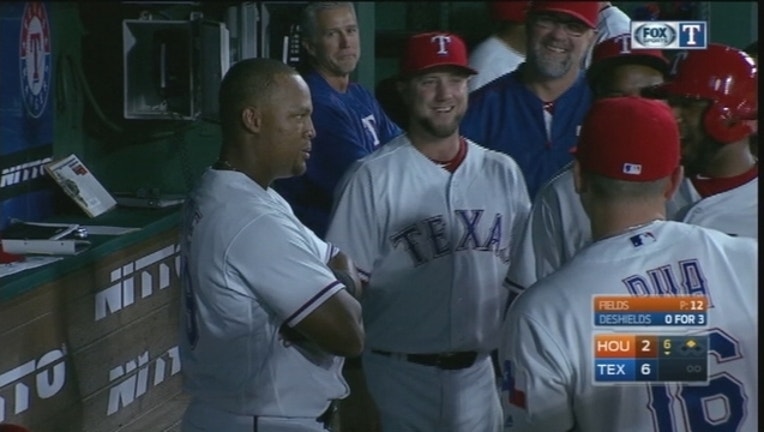 ARLINGTON, Texas (AP) -- Prince Fielder hit a towering home run, Ian Desmond had his first two-hit game with Texas and the Rangers beat the Houston Astros 7-5 on Tuesday night in the first meeting of 2016 between the AL West playoff teams from last season.

Fielder pulled a ball deep into the right-field seats for a two-run homer in the first, and Desmond had an RBI single later in the inning for a 3-0 lead as the Rangers went ahead to stay against Scott Feldman (0-2).

Jose Altuve and George Springer homered for the Astros, going back-to-back in the seventh to get within 6-4.