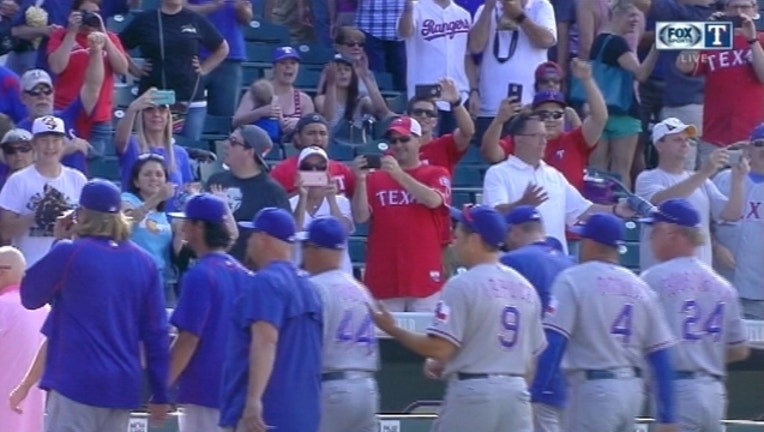 The AL West leaders had five hits in the inning and handed Colorado another tough loss in the two-game sweep. The late-game rally came after the Rangers scored three times in the ninth to beat the Rockies 4-3 on Monday night.

On Tuesday, Texas had four consecutive hits as Carlos Beltran drove in a run with a single and Beltre tied the game with a two-run double. Andrus gave his team the lead when he drove in Beltre with his second hit of the game.