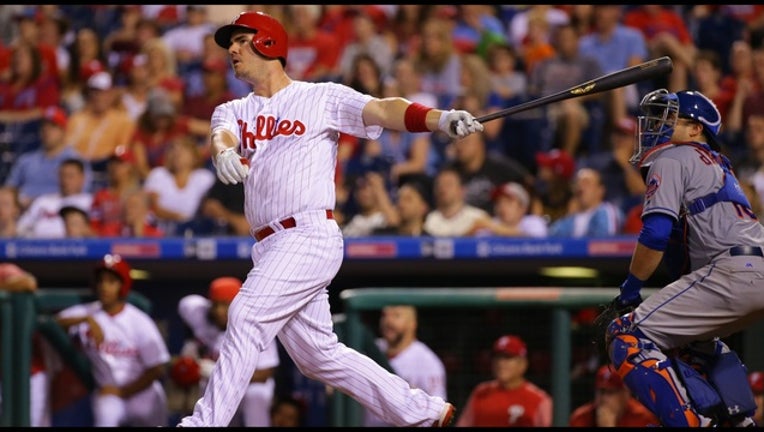 Tommy Joseph of the Phillies hits an RBI sacrifice fly in the eighth inning during a game against the New York Mets at Citizens Bank Park on August 12, 2017 in Philadelphia, Pennsylvania. The Phillies won 3-1. (Photo by Hunter Martin/Getty Images)

The Rangers made the move Monday, a week after the Phillies designated him for assignment when they signed free agent pitcher Jake Arrieta.

Joseph was traded from San Francisco to the Phillies in July 2012 as part of a package for outfielder Hunter Pence. Highly regarded at the time, Joseph was projected to be Philadelphia's catcher of the future until a series of concussions prompted the Phillies to turn him into a first baseman three years later.

Texas put right-hander Clayton Blackburn on the 60-day disabled list with a strained right elbow. He is expected to miss four to six weeks.