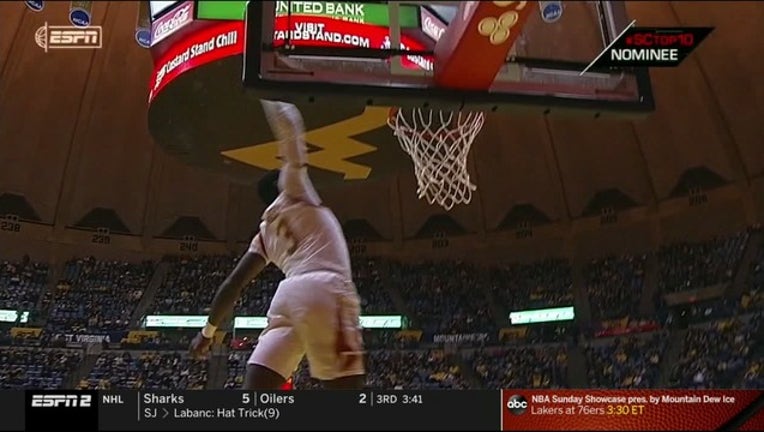 MORGANTOWN, W.Va. (AP) -- Courtney Ramey tied a career-high with 19 points as Texas made light work of West Virginia for a 75-53 win on Saturday night.

The Longhorns (14-10, 6-5 Big 12) dominated just about every facet of the game to pick up their third win in the last four games. Texas made nine 3-pointers in the rout and outrebounded the Mountaineers 42-34.

After both teams opened up the game with poor shooting, Texas found a way to heat up first as Roach nailed a couple of 3-pointers to take an eight-point lead five minutes into the game. West Virginia pulled within one with a little over 10 minutes left in the half. Ramey hit three 3-pointers as the half drew to a close and the Longhorns went into the locker room with a 34-28 lead.

Texas would open up the second half on a 17-7 scoring run. WVU would not recover.

Texas: The Longhorns may be heating up at the right time, picking up a win over Kansas on Jan. 29 and giving Iowa State all they could handle on Feb. 9. With Kansas State and Iowa State at home as well as Big 12 also-rans Oklahoma, Oklahoma State and TCU left on the schedule, the Longhorns might make a run for the NCAA Tournament bubble.

West Virginia: The Mountaineers' poor shooting percentage has plagued them over the last two weeks. Saturday's loss marked the seventh double-digit loss of the season and their first double-digit loss at home since Feb. 20, 2016 (a 76-62 loss to Buddy Hield-led Oklahoma).

West Virginia will have a week off before heading to No. 13 Kansas on Feb. 16.