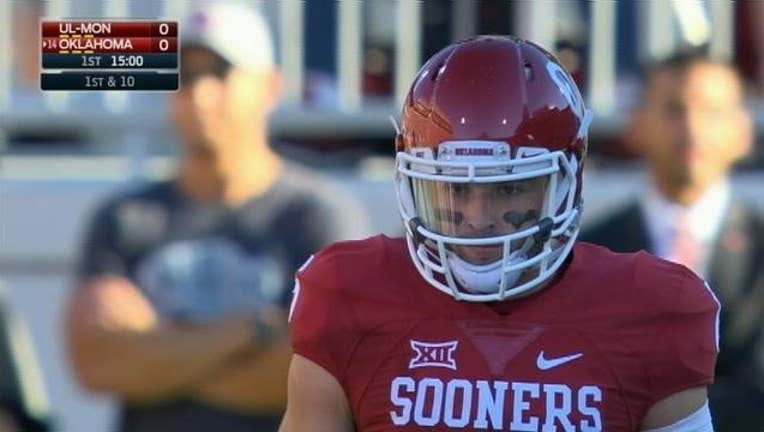 Police in Fayetteville arrested the 2016 Heisman Trophy finalist in the early hours of Feb. 25. They said Mayfield first walked, than tried to run away before being tackled by an officer following an altercation. Mayfield was charged with disorderly conduct, public intoxication and resisting arrest.

Stoops said Monday that any internal discipline for Mayfield won't be determined until the situation is "complete, every part of it." His comments were the first since Mayfield's arrest. Stoops said he was "disappointed that Baker put himself in that situation."