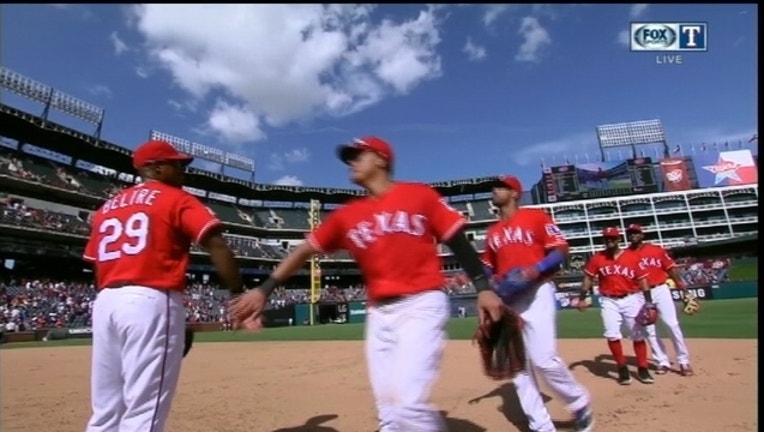 Prince Fielder hit a two-run homer for the Rangers, who are 11-0-1 in series since getting swept at Oakland in mid-May. Texas improved to 8-1 in deciding games this season.

Perez (7-4) was working on a shutout before Bryce Brentz hit a solo drive with two out in the sixth for his first major league homer. The left-hander matched the longest winning streak of his career, from 2013.