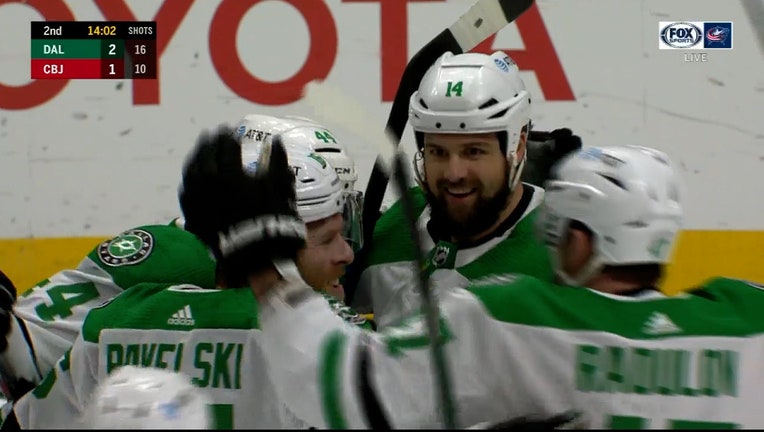 Pavelski, a 15-year NHL veteran, was in the right place at the right time to tip in a pair of long shots by John Klingberg, and then delivered the pass that set up Jamie Benn's second-period goal as the Stars snapped a two-game skid.

Pavelski has a team-leading seven goals and 13 points for the Stars, who improved to 5-1-1 after being forced to delay the start of the season due to a COVID-19 outbreak.

Mikhail Grigorenko had a goal and an assist, and Seth Jones and Dean Kukan got their first tallies of the season for Columbus. Joonas Korpisalo gave up five Stars goals on 23 shots before being replaced in the second period by Elvis Korpisalo, who had nine stops the rest of the way.

Dallas led 5-1 after two periods. The Blue Jackets chipped away with goals in the third from Jones and Kukan. The Stars got an empty-netter from Radulov with 1:41 left.

Dallas spoiled the Blue Jackets debut of Patrik Laine, who was acquired from Winnipeg for Pierre-Luc Dubois. Laine had two shots.

The Stars are among the top-scoring teams in the NHL, averaging more than four goals per game. Dallas has 29 goals in its first seven games, while the Blue Jackets have 27 in 11 games.

The teams wrap up the two-game set on Thursday. The Blue Jackets then host Carolina for two, and the Stars return home for a series with Chicago.