DALLAS - Not all dreams are meant to come true.

Even when they do, dreams aren’t meant to define our whole story.

Jasmine Moore wasn’t sure her Olympic dream would happen, when we spoke with her two years ago after completing a truly historic high school career at Mansfield Lake Ridge. 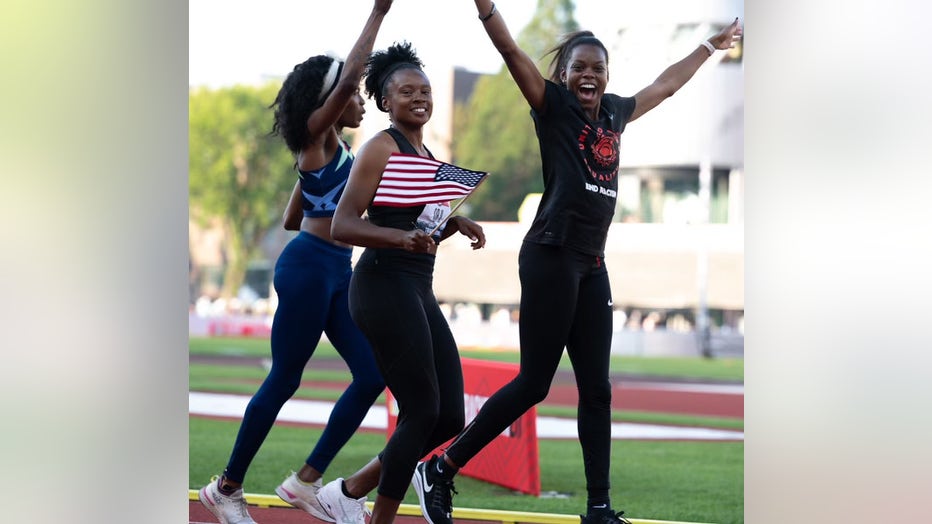 Jasmine Moore (right) celebrates as one of the three women to qualify to represent Team USA in the Olympics in the triple jump. Moore, 20, is the youngest of the three qualifiers.

Moore qualified this month for the third and final spot on Team USA in the triple jump. She’s the youngest of the three women who will represent the United States in the event at just 20-years old.

Talking with her over zoom from the University of Georgia, I asked her: "Has it sunk in yet to finally reach that goal of making the Olympics?"

Moore: "It probably won’t hit me until I get there. It just feels so good that I accomplished it and finally reached my goals but I don’t think it’s really sunk in yet."

What did she think about in those moments after realizing she made the team?

Was it the other out-of-this-world accomplishments on her jumping résumé? No.

It was the low times she’d gotten through, since leaving home for the University of Georgia.

"I had a flashback just to all the nights and all the times I was just so sad here and wasn’t having a good experience," said Moore. "I had depression in high school but it wasn’t as bad as it was here just being on my own and feeling alone."

Moore says she found it hard to live so far from family, then struggled with the isolation of the COVID-19 pandemic.

So she emphasized track even more in her life.

When she didn’t place as well as she expected at the SEC indoor championships, it weighed on her.

"I put so much of my worth into the sport," said Moore. "If I didn’t do well in track, that was the only thing I could do that was socializing, so I was like, ‘Well crap, if track isn’t going well then life sucks.’"

"That’s just kind of how I thought about it in my head because I had nothing else to do."

From the lowness of that moment, Moore reached out for help and got her mind back on track.

"I go to therapy and that’s helped me a lot just talking it out," said Moore. "I have a journal and write down my thoughts and feelings, that’s kind of another way that I cope with things."

Weeks away from competing on the world’s greatest stage, Jasmine Moore is more prepared than ever for what really counts – not a medal, but a future that isn’t defined only by her God-given ability to jump. 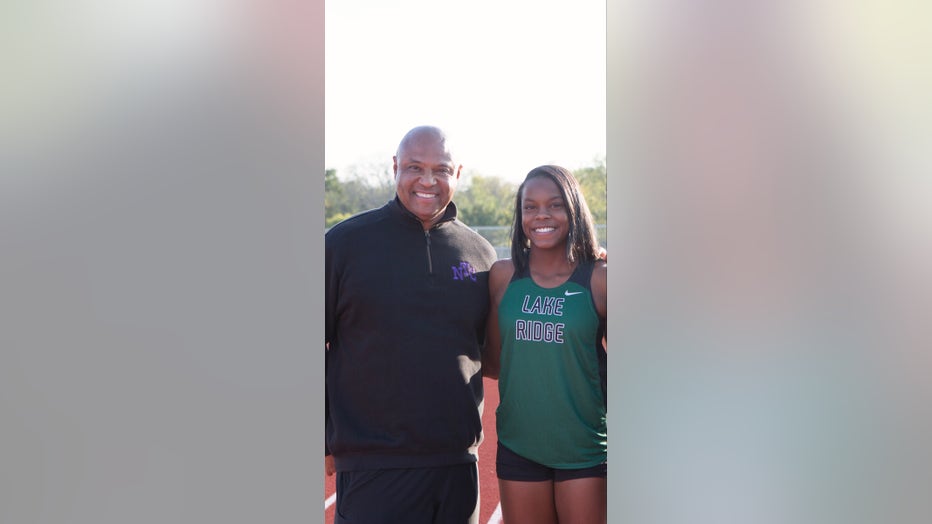 Jasmine Moore alongside her late mentor, Orlando McDaniel, who passed away from COVID-19 in March of 2020. Moore says she thinks of McDaniel now when she prays before each competition.

She now has peace of mind in a perspective that will sustain her, on and off the track.

"Nothing bad lasts forever – that’s my thing I try to tell myself," said Moore. "Nothing is as good or as bad as it seems in the moment."

"Things will get better."

Moore will compete in Tokyo on July 30th, keeping close to heart the memory of her late mentor, Orlando McDaniel, who passed away from COVID-19 in March of 2020.

After the Olympics, Moore hopes to win NCAA titles in her final two years jumping at Georgia before hopefully turning pro.