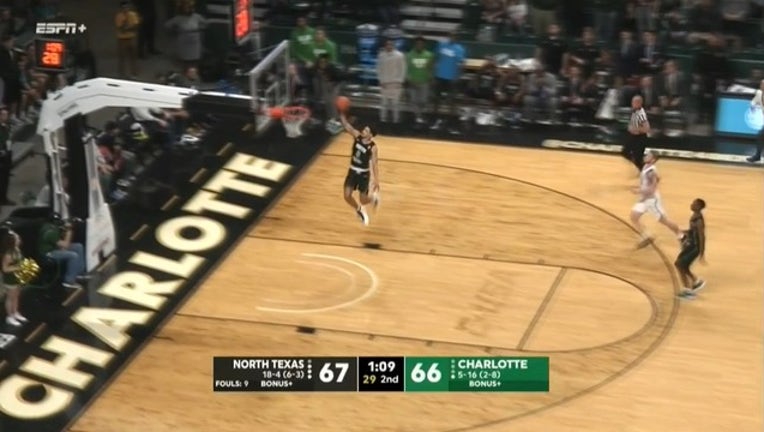 CHARLOTTE, N.C. (AP) - Ryan Woolridge stole the ball and flew for a fast-break layup to spark a 6-2 finish and North Texas turned back Charlotte 73-66 Saturday.

North Texas (19-4, 7-3 Conference USA) lost an eight-game win streak on Jan. 12 and has won three of five since to remain knotted atop the conference with Old Dominion. Three other teams are a half-game back.

Jon Davis poured in 25 points, making all nine of his free throws to lead Charlotte (5-17, 2-9), which has lost its last five. Malik Martin added 12 points.

The 49ers led 34-32 at the half, but turned the ball over eight times in the final period, leading to 13 points for Mean Green.

Gibson scored underneath and from 3, his five straight points lifting North Texas to a 37-36 lead early in the second half. There were 11 lead changes until Mean Green edged ahead 61-60 with six minutes left.