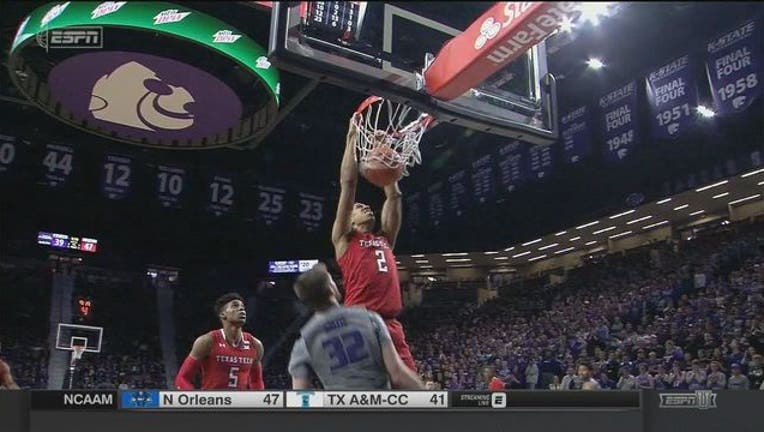 Texas Tech (21-4, 8-4) relied on strong second-half defense. After a 27-27 deadlock in the first half, the Red Raiders turned up the pressure.

Dean Wade led the Wildcats with 13 points on 4-of-12 shooting.

Texas Tech: The Red Raiders have now won six in a row.

Texas Tech has a good chance of moving into the top five after an upset-filled week.

"When they get that eight-point lead, it's like playing a team that runs the Wishbone in football. They do a good job protecting their lead, they tough, they're physical. They're one of the best defensive teams in the nation." - Bruce Weber on the Texas Tech defense.

During the current six-game winning streak, Texas Tech has held opponents to 63.3 points per game.