A big college basketball tournament is coming to North Texas in just a couple of weeks. FOX 4's Terrence Friday has more.

DALLAS - The NIT is moving the entire 2021 event to Texas, taking the semifinals and championship game out of New York’s Madison Square Garden for the first time in the 83-year history of college basketball’s oldest postseason tournament.

The pandemic is also reducing the field to 16 teams from the usual 32, and all games are set for the Dallas area. The two venues are the University of North Texas in Denton and an arena in Frisco that is home to a G League team affiliated with the Dallas Mavericks.

First-round games will be played March 17-20, with the quarterfinals March 25. The semifinals are set for March 27, followed by the championship game the next day. Specific arenas for each round weren’t announced Monday. 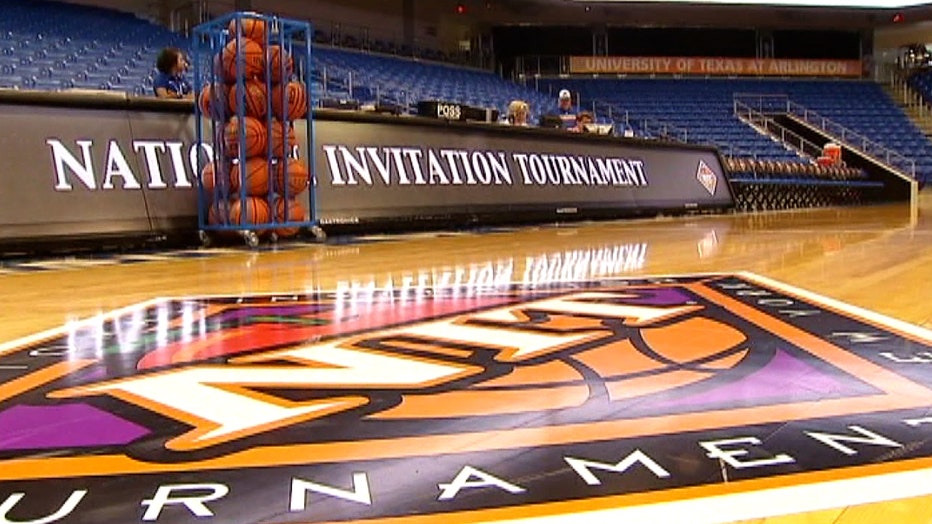 The field for the NIT will be announced after the NCAA Tournament is set March 14.

The NIT champion has been crowned in New York every year since the tournament started in 1938. Earlier rounds normally are held at the venues of designated home teams.

Last year's cancellation because of COVID-19 was the first in the event's history. The Texas Longhorns won the most recent NIT in 2019