The Dallas Mavericks return home for Game 3 of their playoff series against the Phoenix Suns Friday night. FOX 4's Brandon Todd talked to the Mavs ManiAACs, who are trying to get fans excited for the big game.

DALLAS - The Dallas Mavericks could be in deep trouble if they do not win their playoff game at home Friday night.

Dallas lost the first two games of the second round series in Phoenix.

The Suns wiped out the Mavs' first-half lead in Game 2 and won in a blowout. 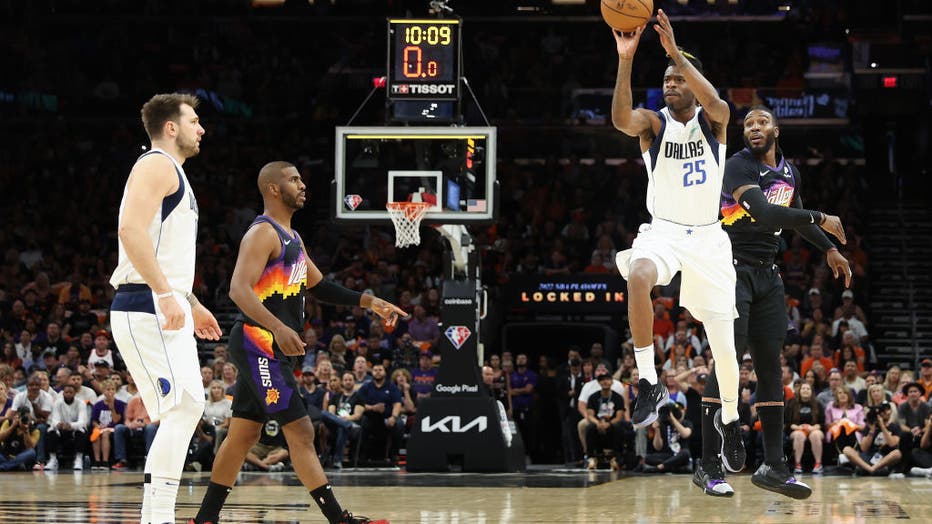 PHOENIX, ARIZONA - MAY 04: Reggie Bullock #25 of the Dallas Mavericks attempts a half-court shot past Jae Crowder #99 of the Phoenix Suns during the first half of Game Two of the Western Conference Second Round NBA Playoffs at Footprint Center on May

Dallas will try to regain the momentum now that the teams are playing in Texas.

"I mean, the mood is fine. I think a lot of players, first time in this situation. Uh, we believe man. We've got this. They got to win four. So, it's not over yet. We're going to go back home. Our crowd is amazing. So, we're going to believe until the end," said Mavericks guard Luka Doncic.

Game 4 is also in Dallas on Sunday afternoon.