The Lone Star Fugitive Task Force is searching for an Austin woman charged with murder in the shooting death of cyclist Moriah Wilson.

AUSTIN, Texas - Police have identified the suspect who allegedly shot and killed a rising star in gravel and mountain bike cycling in an East Austin home as Kaitlin Marie Armstrong, 34.

Anna Moriah "Mo" Wilson, 25, was found shot dead in an Austin apartment on May 11.

According to cycling magazine VeloNews, Wilson had flown from Colorado to Texas earlier that week in preparation for the Gravel Locos race in Hico, where she was a favorite to win. A few weeks earlier, she won the Belgian Waffle Ride in California.

Friends and family are still shocked after the murder of an up-and-coming cyclist last week in Austin. We're learning more about Moriah Wilson and the legacy she left behind.

According to an affidavit from the Austin Police Department (APD), Wilson’s female friend picked her up at the Austin airport on May 10. The friend told police that she left her apartment, where Wilson was staying, around 5:30 p.m on May 11.

Later, she received a text message from Wilson that she was going for an evening swim with a male cyclist named Colin Strickland. Strickland told police that he went swimming with Wilson at Deep Eddy Pool. Afterward, they walked to Pool Burger and ate before he dropped her off at her friend’s house around 8:30 p.m. on May 11.

A neighbor’s surveillance footage showed an SUV pulling up to the Maple Avenue apartment shortly after. The vehicle resembled an SUV registered to a woman who lives with Strickland, according to the affidavit.

Surveillance footage shared by a neighbor appears to show Armstrong's vehicle slowly driving by the East Austin apartment that Moriah Wilson was staying in.

Strickland told police that the woman he lives with, his girlfriend Kaitlin Marie Armstrong, returned home in the SUV around 9:20 p.m. He also told police that he had been dating Armstrong for approximately three years before briefly ending their relationship for one to two weeks in October 2021.

Strickland told police that he had a romantic relationship with Wilson. Text messages between Wilson and Strickland also showed that Wilson appeared to be under the impression that she was dating Strickland even though he was dating Armstrong.

Strickland also told police that he changed Wilson's name in his phone, so Armstrong would not know who he was speaking to. Strickland would also delete text messages from Wilson from his phone to keep Armstrong from finding them.

Anna Moriah "Mo" Wilson was identified as the victim in the May 11 shooting at a home on Maple Avenue near East 17th Street. According to cycling magazine Velo, Wilson was in Texas ahead of Saturday's Gravel Locos race in Hico, where she was a favorite to win.

A friend of Wilson's told police that Armstrong had discovered Wilson's number and had called her a number of times, which led Wilson to block Armstrong's number. Within the last two months, Armstrong also began following Wilson on Instagram.

The last time Armstrong called Wilson, she told her she was with Strickland and that Wilson needed to stay away from him, according to the affidavit.

An anonymous caller reportedly called APD the days following Wilson's death and said Armstrong discovered Strickland was having a relationship with Wilson in January 2022. Armstrong became furious and was shaking with anger, according to the affidavit.

Armstrong told the anonymous caller that she wanted to kill Wilson and that she had either recently purchased a firearm or was going to, according to the affidavit. Strickland told police that he purchased two 9mm handguns for him and Armstrong around this time.

Wilson was shot multiple times with a 9mm handgun, according to the affidavit. APD tested Armstrong's handgun and found that the weapon was the same firearm used in Wilson's death based on ballistic evidence.

25-year-old Anna Moriah "Mo" Wilson was identified as the victim in the May 11 shooting at a home on Maple Avenue in East Austin.

Throughout the interview, Strickland spoke very highly of Wilson and her accomplishments, according to the affidavit. Strickland said Wilson was a professional cyclist and that he was assisting her with obtaining new sponsors. He referred to Wilson as the best female cyclist in the United States and possibly the world.

When Strickland described Armstrong, he referred to her as a "participant" at bicycle races while he is a "racer". Strickland also said he told Armstrong in the past she does not need to ride with him because she "holds him back," according to the affidavit. Strickland also told police that Armstrong normally feels as though he's "grumpy" while training because he has to wait on Armstrong due to her not being able to ride at a professional level.

Strickland told police that he has not spoken with Armstrong since May 13, according to the affidavit. Armstrong has also reportedly not been seen or heard from since this time.

Armstrong's social media accounts also appear to have been deleted.

Members of the Lone Star Fugitive Task Force are actively conducting a fugitive investigation and pursuing leads on the whereabouts of Armstrong.

Anyone with information on Armstrong’s whereabouts is urged to contact the U.S. Marshals Service Communications Center at 1-800-336-0102 or submit a tip using the USMS Tips app. Tips may also be sent to the Capital Area Crime Stoppers at 1-800-893-8477. 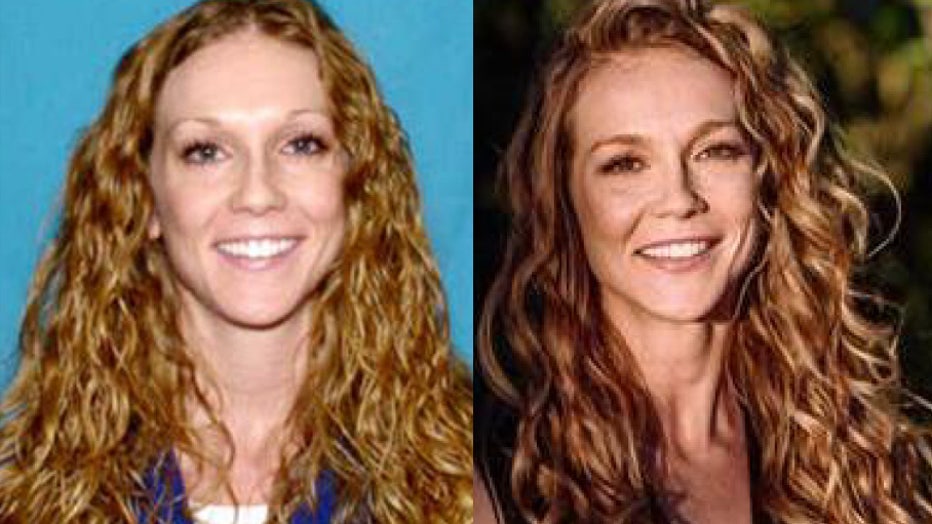 In her memory, Wilson's family is looking to raise $100,000 to help fund community organizations that help youth find self-confidence, strength, and joy through biking, skiing, and other activities that Moriah was passionate about.