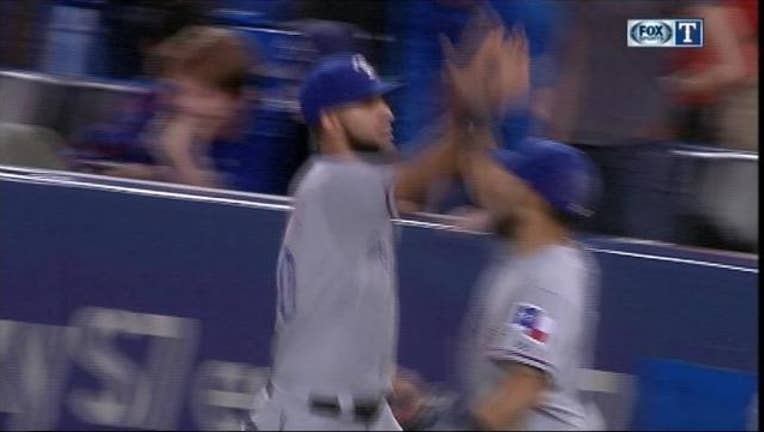 TORONTO (AP) — Nomar Mazara hit a tiebreaking home run in the eighth inning and the Texas Rangers beat the Toronto Blue Jays 2-1 on Monday night for their fifth win in six games.

In the bottom of the eighth, Mazara preserved the one-run lead by throwing out Michael Saunders at home plate to end the inning.

Tony Barnette (1-1) worked one inning for the win and Shawn Tolleson finished for his ninth save as the Rangers handed the Blue Jays their fourth consecutive home loss. It's Toronto's longest slump at Rogers Centre since a four-game skid from April 23-26, 2014.

Named the AL's top rookie in the month of April earlier Monday, Mazara broke a 1-1 tie with a shot to center off Gavin Floyd (0-2).

Brett Nicholas also homered as the Rangers took the opener of a four-game series between ALDS opponents from 2015.