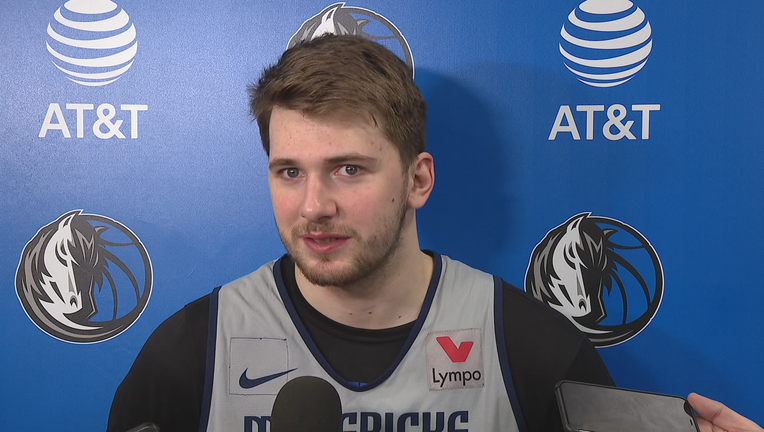 Doncic has missed the past seven games with a right ankle injury he suffered in practice. It’s the second time he’s injured that ankle this season.

Dallas went 3-4 in his absence.

He said dealing with the injury and not being able to play has been frustrating.

“It’s always tough not to play the sport you love. You love being out there with your teammates. You know it’s been tough for me,” he said.

Getting back on the court is also tough.

“It’s tough, especially the first couple games you think about it. You don’t want to go through it again, twist the ankle again. But you know, I try not to think about it,” Doncic said.