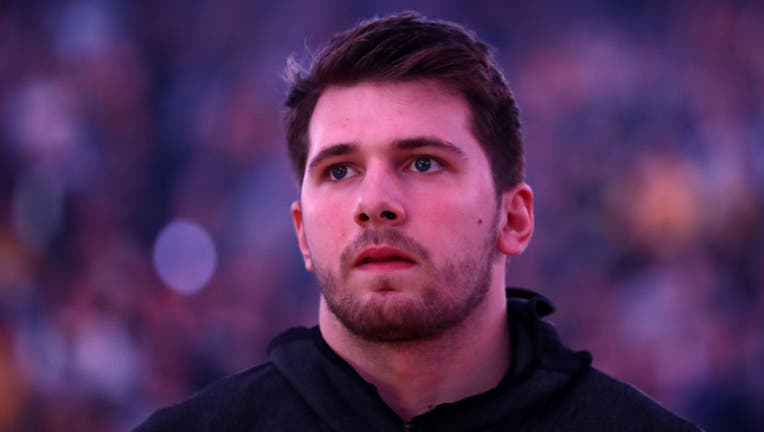 SAN FRANCISCO, CALIFORNIA - JANUARY 14: Luka Doncic #77 of the Dallas Mavericks stands for the National Anthem before their game against the Golden State Warriors at Chase Center on January 14, 2020 in San Francisco, California. NOTE TO USER: User ex

Dallas Mavericks guard Luka Doncic has been named as a finalist for the NBA Most Improved Player Award.

After winning the NBA Rookie of the Year Award last season, Doncic has been even better during his second season in the NBA.

He's averaging close to a triple-double so far this season: 29 points per game 9.4 rebounds per game, and 8.8 assists per game.

Miami's Bam Adebayo and New Orleans Pelican Brandon Ingram were the other finalists for the award.