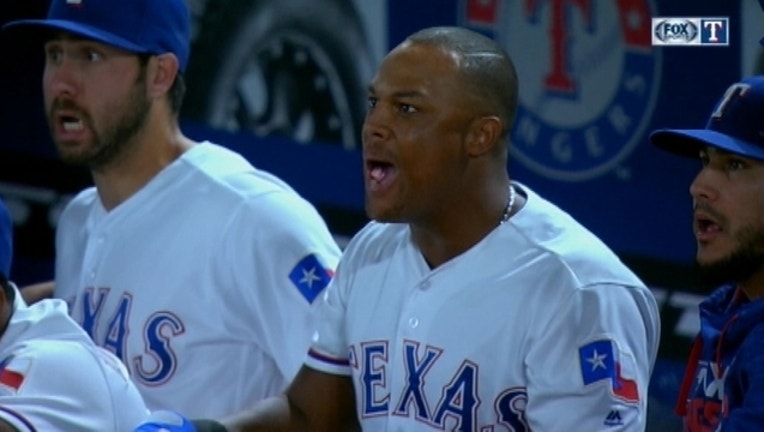 ARLINGTON, Texas (AP) — Jonathan Lucroy hit a go-ahead, two-run double against his former team in the sixth inning to help the Texas Rangers beat the Milwaukee Brewers 6-4 on Tuesday night.

The Rangers now have a half-game lead over Boston for the best record in the American League. The Red Sox lost 6-4 to the Yankees on Tuesday.

Lucroy's hit made a winner of reliever Tony Barnette (7-3). Barnette worked one scoreless inning, leaving runners at second and third in the sixth. It was his first appearance since Sept. 4, having been sidelined with a strained oblique.

Lucroy, who played six-plus seasons for the Brewers before being traded to the Rangers on Aug. 1, pulled a pitch from Jimmy Nelson (8-16) down the left-field line into the corner.

Sam Dyson earned his 37th save, striking out Domingo Santana to leave runners at first and third in the ninth inning.