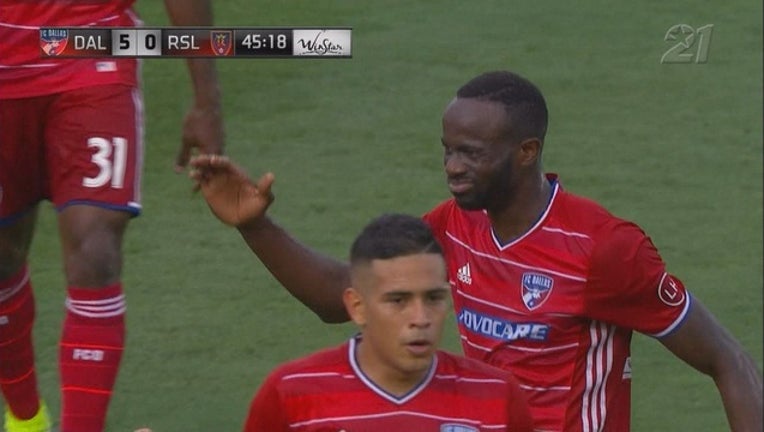 Lamah's final goal gave FC Dallas (6-2-5) a 3-0 lead in the 31st minute - the second-fastest hat trick from kickoff in MLS history. Maximiliano Urruti and Tesho Akindele added first-half goals and Dallas became the first team to score five goals in the first half of an MLS game.

Omar Holness scored in the 70th minute and Kyle Beckerman's goal moments later pulled Real Salt Lake (4-10-2) to 5-2. Jesus Ferreira, who came on for Lamah in the 71st, capped the scoring in the closing minutes. It was the first career appearance for the 16-year-old homegrown, the son of 2010 MLS MVP David Ferreira.

Real Salt Lake has lost five consecutive road matches and has been outscored 19-3 during that span.