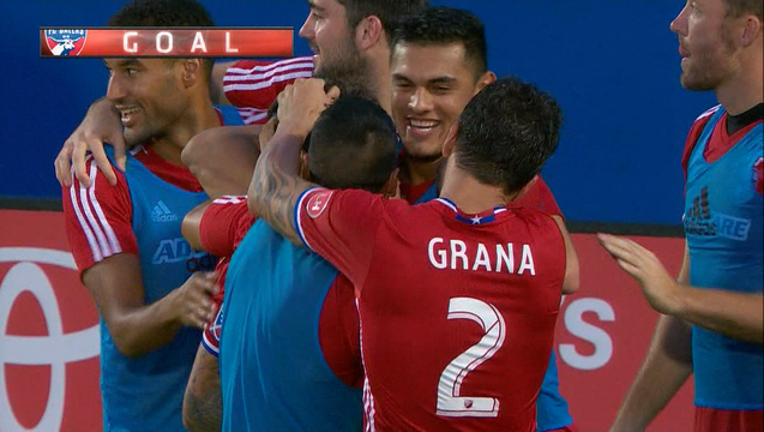 Roland Lamah had two goals, Maximiliano Urruti scored for the fourth straight game and FC Dallas beat D.C. United 4-2 on Tuesday night to move into a tie for first in the Western Conference.

Lamah's eight MLS goals have come in his past seven matches and Urruti's career-high 11 goals this season are the most by a FC Dallas player since Jeff Cunningham in 2009.

FC Dallas (8-3-7) scored twice in the closing minutes of the first half for a 2-1 lead. Atiba Harris headed in Victor Ulloa's corner kick in the 41st minute for his first goal of the season. Lamah tapped in a loose ball seven minutes later.

Two minutes after halftime, Urruti chased down Michael Barrios' through ball near the baseline and sent a shot from a difficult angle through the legs of Travis Worra. Lamah added another goal eight minutes later on a counter attack with Barrios.