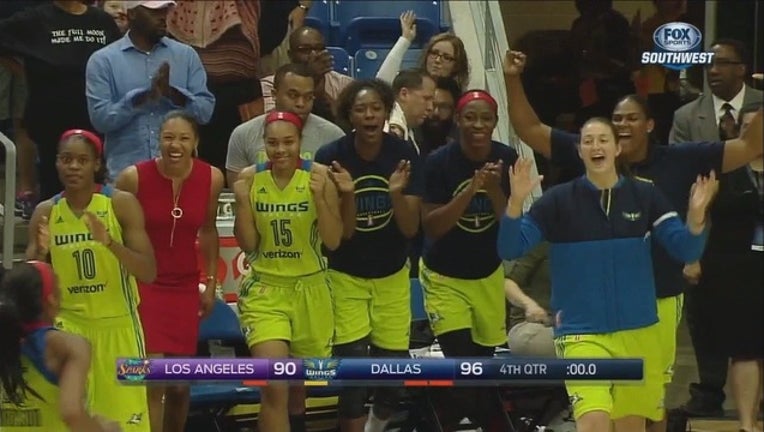 ARLINGTON, Texas (AP) - Glory Johnson had a season-high 24 points and 12 rebounds and the Dallas Wings beat the Los Angeles Sparks 96-90 on Friday night.

Skylar Diggins-Smith added 13 points, eight rebounds and eight assists for the Wings (4-5), who had their highest scoring output of the season and snapped a three-game skid.

Los Angeles (4-3) opened the game with a 17-4 run and didn't trail until midway through the fourth quarter. Thornton's steal and layup -that made it 83-81 with 5:26 to go - came amid a 19-5 run that was capped by a shot-clock violation and then two free throws by Thornton that pushed the Dallas lead to 86-81 with 3:47 left. Odyssey Sims hit a short floater to pull the Sparks within three about a minute later, but Johnson made a putback and assisted on a Diggins-Smith basket to make it 90-83 with 1:22 remaining and Dallas hung on from there.