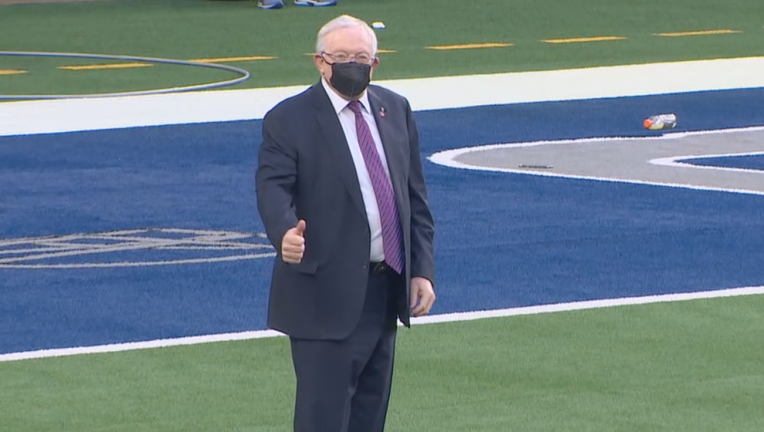 After three straight wins, he said the team is poised to win the NFC East and move on in the NFL playoffs.

If that happens, it would be with a 7-9 record.

On his radio show, Jones did not apologize for a team with a losing recording going to the playoffs.

The Cowboys face the New York Giants in their final regular-season game Sunday afternoon at noon on FOX 4.

If they win, they’ll still need the Washington Football Team to either tie or lose to Philadelphia.