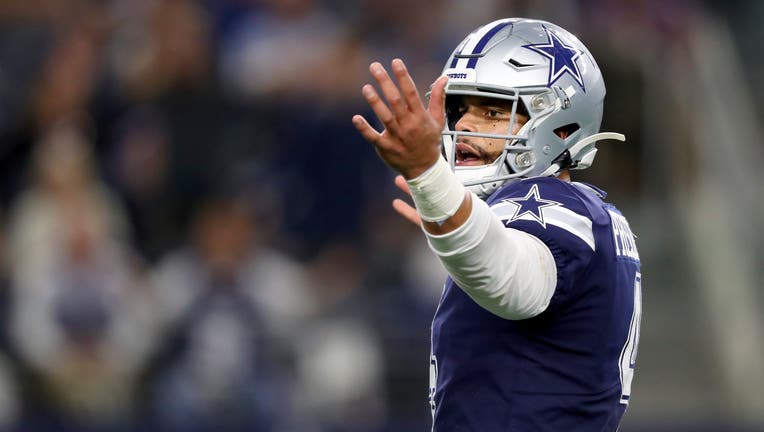 DALLAS - Dallas Cowboys quarterback Dak Prescott is out of the walking boot he wore after last week’s game.

It was because of a calf strain he suffered while throwing the winning pass against the New England Patriots.

The Cowboys had a bye week this weekend. Prescott has been resting and rehabbing since the injury.

"Coops obviously been here for a long time. He's an extremely bright guy and I know Dak and him have a really great relationship. He helps out with him on a weekly basis so we've got a ton of confidence in Coop. I think he's gonna be able to step in and run the offense," Martin said.

The Cowboys resume on-field practice on Tuesday. There's no word yet on if Prescott will participate.

They play on Halloween night against the Vikings.