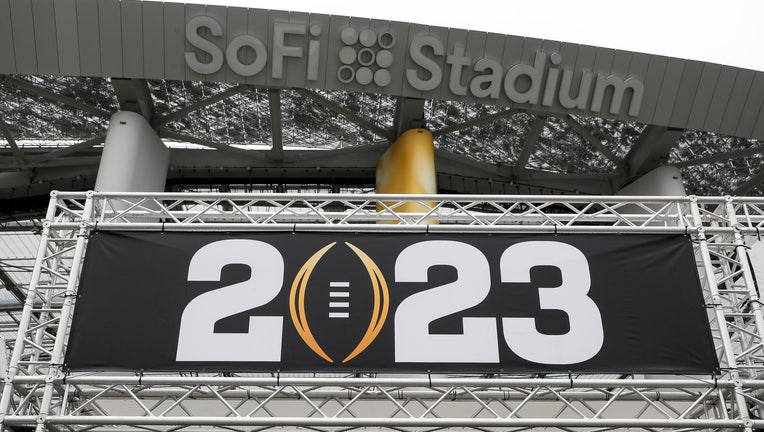 The wait for the Georgia Bulldogs and TCU Horned Frogs to decide the champions of college football is almost over.

Teams have been in Los Angeles for several days, as they meet with the media and prepare for the College Football Playoff National Championship Game. The Bulldogs are trying to defend their 2022 title, while TCU is putting the finishing touches on the team's Cinderella story.

ESPN will broadcast the game, but there are several ways to watch it on-air or online.

MASCOT UGA WILL NOT TRAVEL FOR NATIONAL CHAMPIONSHIP

Here's what you need to know to prepare for the game:

When does the 2023 National Championship Game start?

Where is the 2023 National Championship?

The game is at SoFi Stadium in Los Angeles.

The stadium opened in 2020. It's an "indoor-outdoor" venue with a fixed roof. The stadium hosts NFL games for the Los Angeles Rams and Chargers.

How to watch the 2023 National Championship

ESPN News: AT&T 5G Skycast, view from the Skycam, a suspended camera above the field

Who are the broadcasters for the 2023 National Championship?

ESPN college football broadcasters Chris Fowler and Kirk Herbstreit will be in the booth at SoFi Stadium.

Holly Rowe and Molly McGrath will be the sideline reporters for Georgia and TCU, respectively.