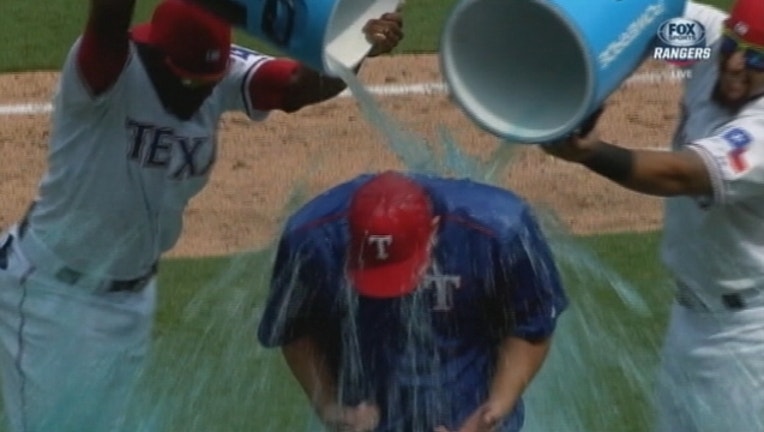 ARLINGTON, Texas (AP) — Derek Holland won in his return from the disabled list, and Texas hit back-to-back-to-back home runs in the seventh inning as the Texas Rangers beat the Seattle Mariners 7-2 on Wednesday afternoon.

Holland (1-1) scattered eight hits, struck out six and walked none over 6 1-3 innings. He was activated from the DL on Wednesday following a shoulder injury suffered in his season debut on April 10.

Mitch Moreland and Elvis Andrus each had three RBIs and hit homers that sandwiched Mike Napoli's 446-foot blast to center off Joe Beimel.

Holland threw shutout ball until Mark Trumbo hit his 15th homer of the season — his sixth since joining Seattle — in the fifth. The Mariners loaded the bases on three straight singles in the sixth but scored just one run.

Seattle left-hander Mike Montgomery (4-6) allowed three runs and five base runners in the first, but shut out Texas over the next five innings.