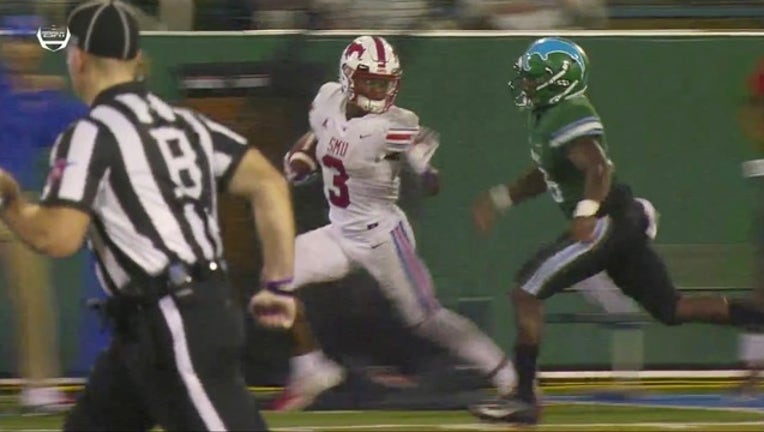 NEW ORLEANS (AP) - James Proche hauled in a sideline pass from Ben Hicks and turned it into a 67-yard touchdown for the go-ahead score with 1:15 left in the game as SMU rallied past Tulane 27-23 on Saturday.

The late TD gave the Mustangs (3-4, 2-1 American) the lead for the first time all game, and they sealed the win when Richard Moore strip-sacked Jonathan Banks, with Jake Hall recovering with 39 seconds remaining. SMU ran out the final seconds.

SMU defenders recorded a season-high five sacks, 11 tackles for loss and three takeaways - an interception by Christian Davis and strip-sacks of Banks by Moore and Delontae Scott.

Hicks completed 21 of 40 passes for 291 yards and three touchdowns, each to a different receiver. He found Xavier Jones for a 55-yard score, Reggie Roberson Jr. from the 16 and Proche for the winner. Braeden West added a 29-yard run.