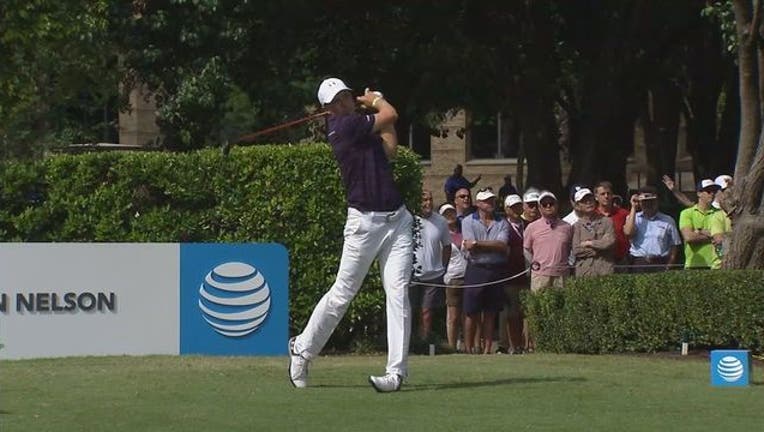 IRVING, Texas (AP) - James Hahn birdied the final hole Thursday for a 6-under 64 and a share of the first-round lead with Ricky Barnes in the AT&T Byron Nelson.

Matt Kuchar, Jhonattan Vegas, Jason Kokrak and Cameron Tringale shot 66, and top-ranked Dustin Johnson topped the group at 67, a stroke ahead of fourth-ranked Jason Day and Jordan Spieth, the No. 6 player competing in his hometown event.

Masters and defending Nelson champion Sergio Garcia had three bogeys on the front nine and just one birdie in a 73 that left him tied for 93rd.

Brooks Koepka, who lost to Garcia on the first playoff hole at the TPC Four Seasons a year ago, joined Johnson and five others at 67.