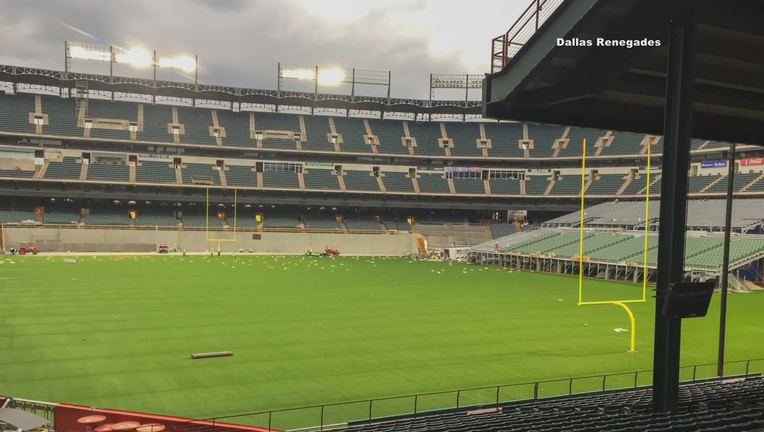 ARLINGTON, Texas - The Dallas Renegades of the XFL play their first game in just over three weeks. And their stadium is nearly ready.

Globe Life Park, the Texas Rangers' former stadium in Arlington, is being converted from a baseball to a football stadium.

The Renegades posted a picture of the progress. It shows that seats were removed on one side the field and others were added in what was the outfield.

The team's first game is on Feb. 9 against the Saint Louis Battlehawks.