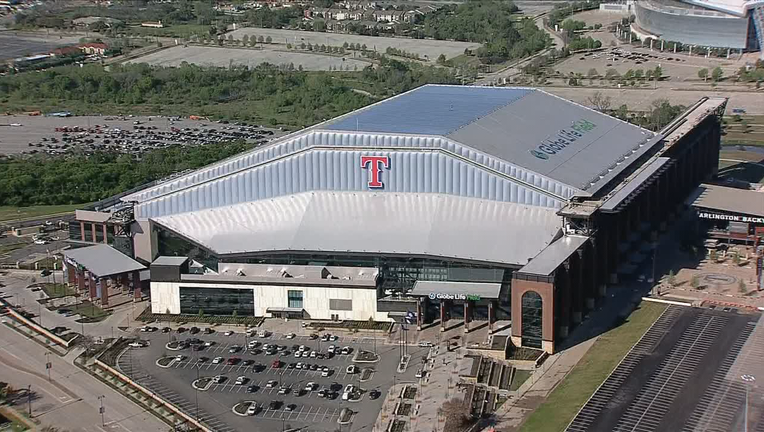 ARLINGTON, Texas - Tuesday was scheduled to be opening day in Arlington at the new Globe Life Field.

It would have been the first official Major League Baseball game at the new $1.2 billion ballpark.

The Rangers had special events planned to commemorate the ballpark’s official game opening and the retractable roof likely would have been open.

Instead, the baseball season is on hold because of the coronavirus pandemic.

FOX 4 Sports' Mike Doocy said he doesn't expect the season to start until at least June.

It's been a tradition for Mike Doocy and many other Rangers fans to celebrate on opening day. And this year would have been really special with the opening of the Rangers' new $1.2 billion ballpark. Instead, everything is on hold.

The Rangers said Globe Life Field is ready to go whenever baseball returns. Fans will be grateful for the air conditioning if that doesn't happen until the summer.