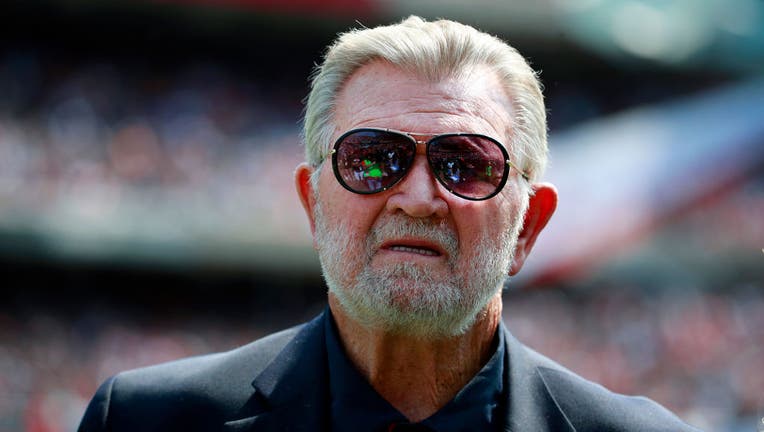 Mike Ditka has repeatedly voiced his dismay over NFL players kneeling during the “Star-Spangled Banner."

Now that he’s the chairman of X League, a new women’s football organization, the legendary coach said he wouldn’t want his league's players to take a knee during the national anthem either.

The NFL Hall of Famer reiterated his disdain for the gesture during an interview with TMZ Sports where he said those who can’t respect the national anthem can “get the he-- out of the country.”

During the 2016 season, Colin Kaepernick popularized kneeling during the anthem as a way to protest police brutality and social injustices that often affect Black people.

The gesture was initially condemned by many as being disrespectful to the American flag, the anthem and military — which is the defense Ditka referenced.

NFL Commissioner Roger Goodell apologized for not listening to NFL players who had previously protested and spoken out against racial injustice in the country.

The debate over kneeling reignited in the aftermath of George Floyd’s death.

Though most protests were peaceful demonstrations, many of them turned violent.

Yet amid all of this, there have been documented cases of police officers kneeling alongside protesters. The NFL, who once forbade players from kneeling during the anthem, began encouraging them to do so.

Congressional Democrats even held a symbolic kneeling at the Capitol.

Drew Brees once took a similar stance to Ditka’s, saying he could never support anyone disrespecting the flag. But immediate outrage from fans and other players quickly prompted Brees to apologize.

Like Brees, Ditka’s comments drew ire from many in the sports world.

Former NBA coach Stan Van Gundy weighed in on Twitter when he asked, “What should we do with those who don’t respect the Constitution which says we have the rights of free speech and freedom of assembly?"

“Mike Dikta traded his helmet in for a white hood as soon as he retired from football,” Mulugheta tweeted. “Racism hiding behind faux patriotism is still racism.”

Mulugheta later referenced Ditka’s 2017 comments on kneeling during the anthem.

"One example, he claims 'there has been no oppression in the last 100 years,'" Mulugheta tweeted. “To be clear, segregation ended less than 55 years ago. So yea he’s a racist."

Ditka later apologized for those comments, saying he was talking about professional football and not society as a whole.