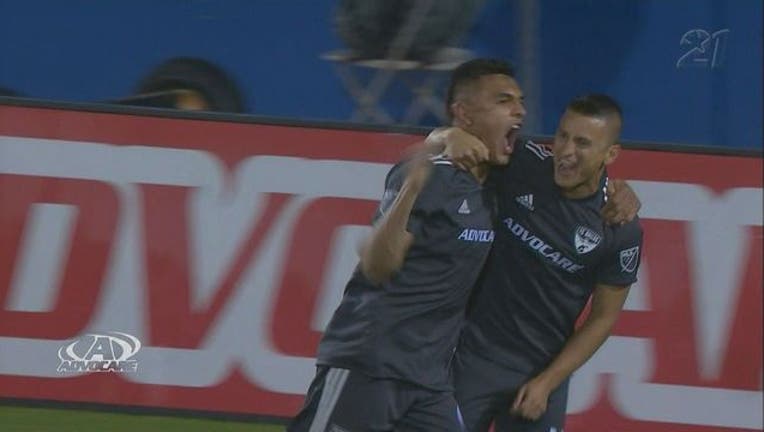 FRISCO, Texas (AP) - Mauro Diaz and Maximiliano Urruti scored and FC Dallas remained one of the two unbeaten teams in MLS with a 2-0 victory over the Philadelphia Union on Saturday night.

Diaz opened the scoring with a penalty kick in the 64th minute. Dallas' Matt Hedges drew the penalty, trying to connect with Diaz's corner and getting pulled down from behind by defender Auston Trusty at the top of the 6-yard box.

FC Dallas (3-0-3) made it 2-0 in the 74th minute when Roland Lamah played a through ball up the left side to Urruti, who slipped around goalkeeper Andre Blake with his first touch and slotted home the finish from a narrow angle.

The Union extended their winless streak to five and dropped to 1-3-2.