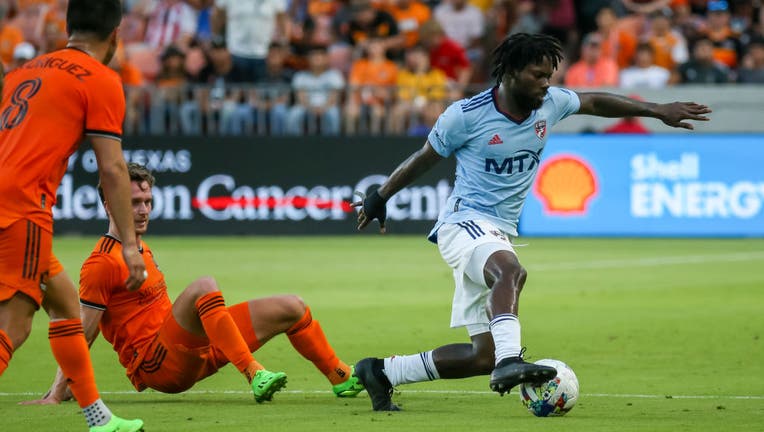 HOUSTON, TX - JULY 09: FC Dallas midfielder Ema Twumasi (22) avoids a slide tackle by Houston Dynamo defender Adam Lundqvist (3) in the first half during the MLS match between FC Dallas and Houston Dynamo on July 9, 2022 at PNC Stadium in Houston, Te

HOUSTON (AP) - Defender Teenage Hadebe scored in the 11th minute of second-half stoppage time after Jesús Ferreira's goal eight minutes earlier had give FC Dallas the lead and the Houston Dynamo earned a 2-2 draw on Saturday.

Ferreira kept pace with Austin FC's Sebastián Driussi with his 11th goal of the season — one behind front-runner Valentín Castellanos of New York City FC in the race for the Golden Boot.

Houston (6-9-4) answered with Thorleifur Úlfarsson's goal in the 69th minute to knot the score.

The Dynamo outshot Dallas 19-13 with an 8-6 advantage in shots on goal.