It was a very disappointing night for TCU fans as the Horned Frogs hoped to wrap up what's been a Cinderella season with a national championship win.

FORT WORTH, Texas - TCU fans greeted the Horned Frogs as the football team returned to Fort Worth Tuesday night.

They received a loud ovation as they arrived at Amon G. Carter Stadium.

It's not the return they were hoping for, as TCU lost to Georgia in Monday night's CFP National Championship Game in a historic blowout.

But players, coaches, and the fan base are very proud of the team's 13-win season.

"I'm disappointed in the loss, but, you know, I’m proud of them that they got there, they defied the odds all year long and they did their job," TCU fan Stephen Smith said. 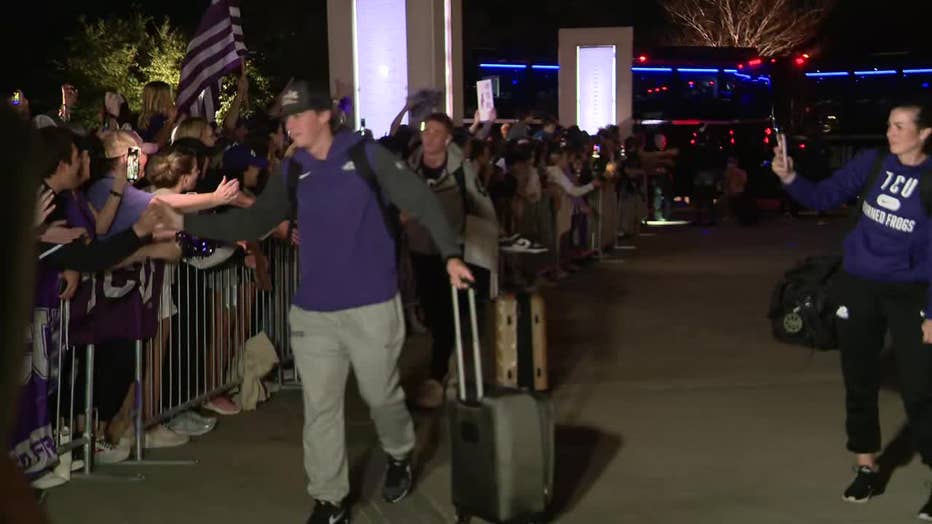 The Horned Frogs were unable to stop Georgia from winning its second straight national championship.

TCU now turns its focus to spring practice, which begins in April.