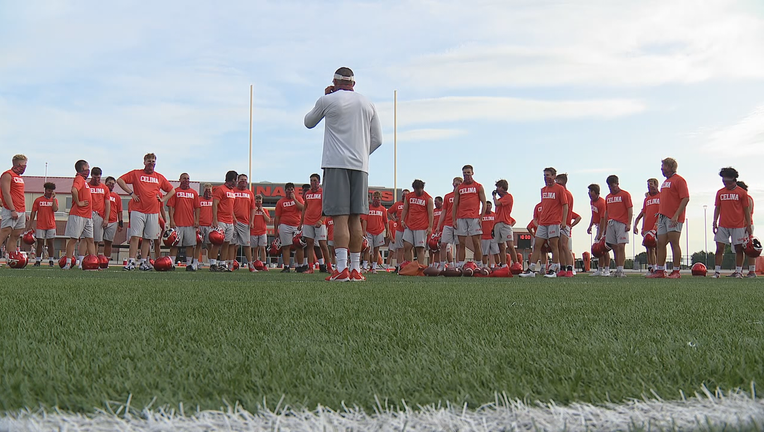 CELINA, Texas - Practices are delayed for 5A and 6A schools across Texas, but the rest of the state’s high school teams began fall practice on Monday

The Celina Bobcats, a 4A squad, were out on the field early Monday morning.

Safety precautions were taken, including coaches and players wearing face masks and extra sanitation throughout the facilities.

“It was awesome. We had a lot of worry, a lot of doubt,” said Bill Elliott, Celina Head Coach. “Just fortunate and blessed to be out here.”

If all goes as planned, Celina will open its season in less than four weeks, about a month earlier than the bigger schools. Because of the pandemic, the UIL pushed back the start of football practice for those programs.

The question now is whether a full season will be played.

The coach and players realize the challenge ahead and say they'll try to take precautions and hope for the best.