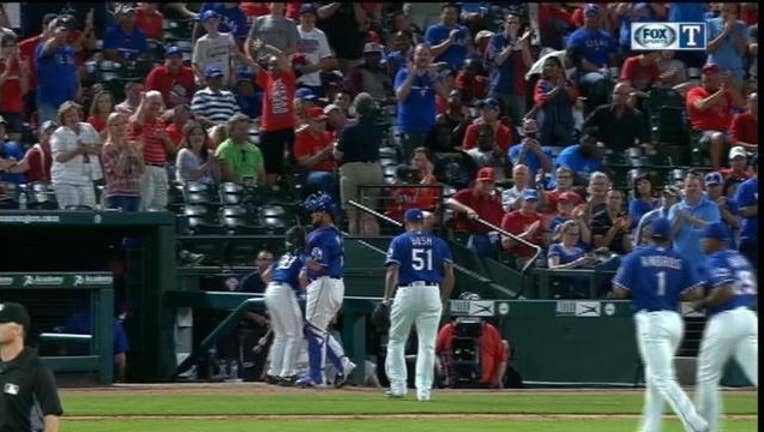 Dickey (2-4), a knuckleballer who broke into the majors with Texas in 2001, struck out six and walked one while allowing only three singles. Chad Girodo finished the three-hitter.

The Rangers had won five of their last six games since losing three in a row last week at Toronto.

Matt Bush made his major league debut with a perfect ninth for the Rangers, seven months after getting released from a 3 1/2-year prison sentence for a drunken-driving accident that seriously injured a man. It was 12 years after he was the No. 1 overall pick by his hometown San Diego Padres, when he was still a shortstop.