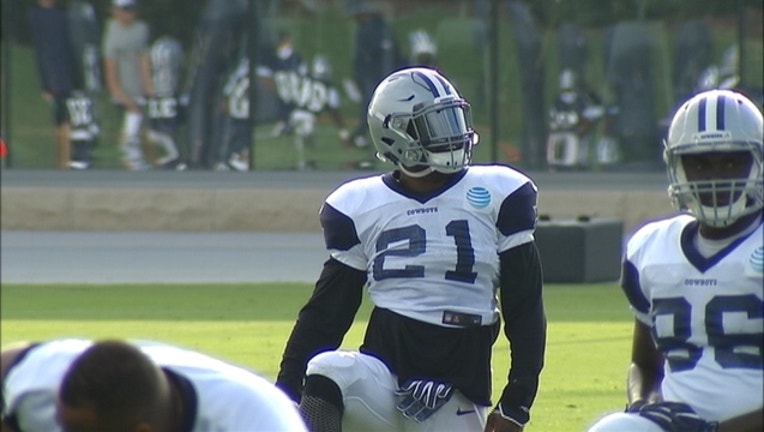 ARLINGTON, Texas (AP) -- Dak Prescott and Ezekiel Elliott are set to be the first rookie quarterback-running back combo to start an opener for the Dallas Cowboys since Roger Staubach and Calvin Hill nearly 50 years ago.

There will be a sense of anticipation on the New York sideline as well Sunday when the Giants visit the Cowboys. It's the debut of coach Ben McAdoo following a 12-year run under Tom Coughlin that included two Super Bowl titles.

"If you don't get a little anxious to go play and go coach, you probably have to find something else to do," said McAdoo , the team's offensive coordinator the past two seasons. "I think that's normal, that's healthy."

Prescott, the fourth-round pick suddenly starting because of injuries to Tony Romo (broken back) and Kellen Moore (broken ankle), and Elliott aren't the type to admit to nerves. But they also understand the significance of something that hasn't happened since 1969 with one the NFL's storied franchises.

"I think we're prepared," said Elliott, the fourth overall pick who was limited to one preseason game by a hamstring injury. "I think that we're both very poised, we're both excited to compete. We don't want any drop-offs just because we're rookies."

The Cowboys didn't survive without Romo last year, going 4-12 while losing 11 of the 12 games he missed with a twice-broken left collarbone. Plus, 2014 All-Pro receiver Dez Bryant was limited all season after breaking his foot in the opener against the Giants. He missed seven games.

A pair of veterans in Brandon Weeden and Matt Cassel couldn't keep the Cowboys in contention last year, and now they'll try with a rookie. Prescott earned the job with a strong showing in three preseason games.

"I think we both have confidence in ourselves and each other," said Prescott, the career passing leader at Mississippi State. "I think we need to stay even-keel with our emotions throughout the game, and I think we'll have some fun out there."

Things to consider as the Cowboys take an 8-0 record in openers against the Giants into the fourth opener in the past five seasons between the NFC East rivals:

GIANTS O-LINE: This is the biggest question mark for McAdoo and the Giants, who were 6-10 last season. The line (LT Ereck Flowers, LG Justin Pugh, C Weston Richburg, RG John Jerry and RT Marshall Newhouse) is the same as last year but wasn't good in the preseason. Tackle Will Beatty, who was released in a salary cap move earlier in the year, re-signed late in training camp. Pugh insists the line will improve once the team starts game planning. That remains to be seen.

ON THE OTHER HAND: The Cowboys believe they have one of the best lines in football, anchored by three first-round picks from the past six drafts, all of them Pro Bowlers the past two seasons (LT Tyron Smith, C Travis Frederick and RG Zack Martin). Elliott has some star potential running behind them.

CRUZ RETURNS: WR Victor Cruz will be playing in his first game since the middle of the 2014 season, when he injured a knee. He missed last season with a calf injury. If Cruz can show some of his old form, rookie Sterling Shepard of Oklahoma lives up to the hype, and Odell Beckham Jr. does his thing, Eli Manning is going to have a big year.

WHERE'S THE RUSH: The Cowboys hope they have some household names on their defensive line by this time next year. Right now they don't, and there's no telling who will take the heat off a secondary with plenty to prove by getting to the quarterback. Dallas knows this much:  last year's sack leader, DeMarcus Lawrence, will miss the first four games on a substance-abuse suspension.

WATCH THE DEFENSE: After having the NFL's worst defense last season, the Giants have the potential to make big strides . New York signed DE Olivier Vernon, DT Damon Harrison and CB Janoris Jenkins in free agency, and drafted CB Eli Apple, Elliott's teammate at Ohio State, 10th overall. S Darian Thompson, the third-round pick, was a contender to start had he not injured a shoulder in the preseason. He is practicing but his status for the opener is iffy.